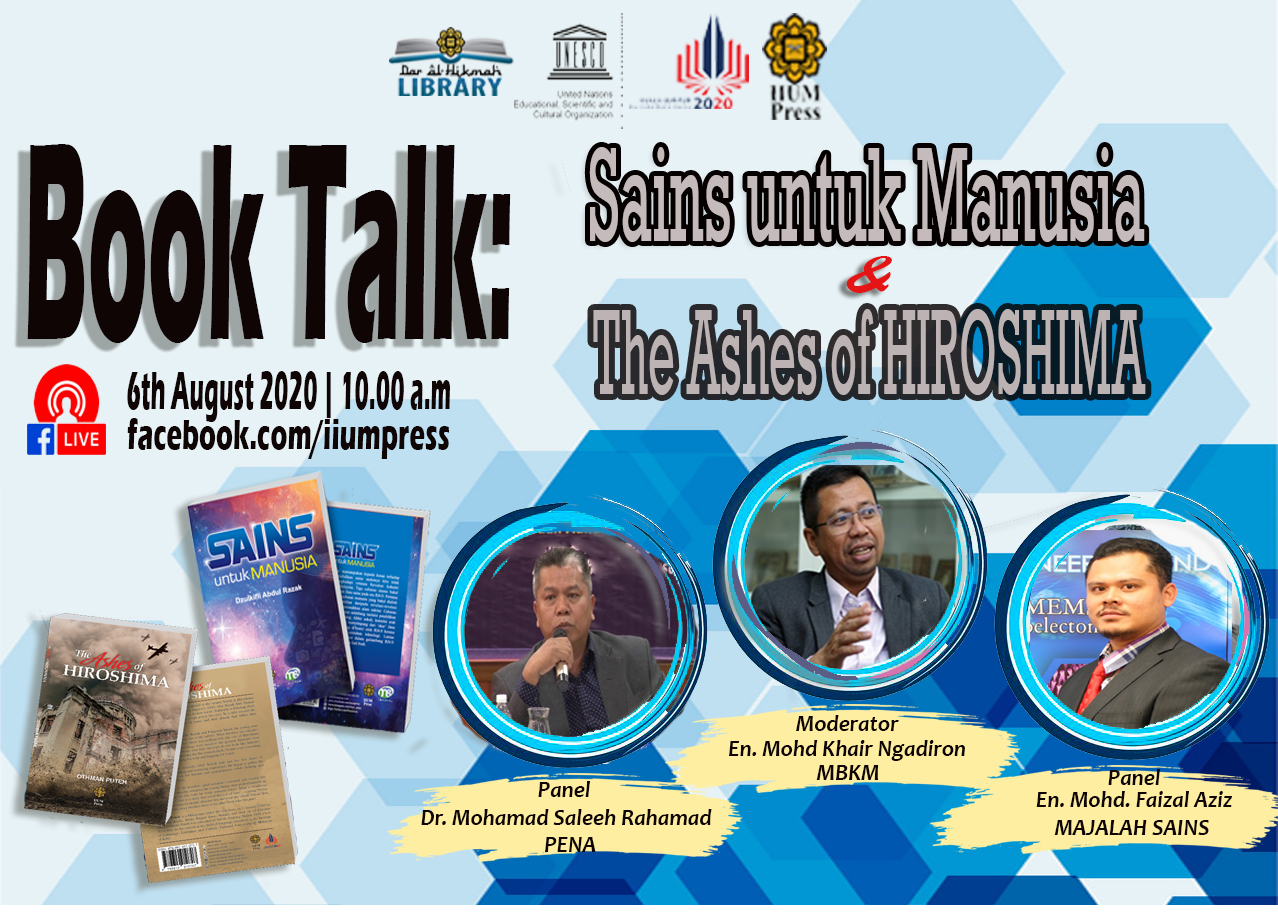 IIUM Press has published a translation book entitled ‘The Ashes of Hiroshima” (novel) written by Othman Puteh in English version. The book was inspired by individual named Dato’ Haji Abdul Razak bin Abdul Hamid, who was witnesses of the atomic bombings in Hiroshima, Japan during World War II.

Sains Untuk Manusia is focus on the impact on science research and education if we are not careful in facing the outbreak of the Fourth Industrial Revolution (RI 4.0) in Malaysia

In regard, the purposes of this programme is as following below:

See you at this event.