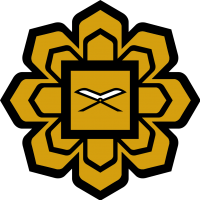 International Conference on Islam in Africa

الموقع : The International Institute of Islamic Thought and Civilization (ISTAC)

International Conference on Islam in Africa

From its birth, Islam has maintained a central feature in Africa. Africa was the first continent into which Islam expanded, and it has become an integral part of many African cultures and histories. The tolerance of Islam in Africa is revealed in the various schools of thought that have both local and global dimensions. On the local level, experts assert that  African Muslims operate with considerable autonomy and do not have an international organization that regulates their religious practices. This fact accounts for the varieties in Muslim practices throughout the African continent. On the global level, however, African Muslims belong to the ummah, the worldwide Islamic community, and follow global issues and current events that affect the Muslim world with keen interest. With globalization and new initiatives in information technology, African Muslims have developed and sustained close connections with the wider Muslim world.