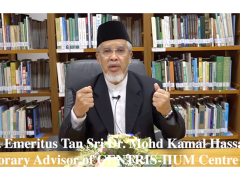 This video is the fifth of a series published by the Kulliyyah of Islamic Revealed Knowledge and Human Sciences (KIRKHS) within its project “KIRKHS Downroad to 2030: Creating Preferable Future".