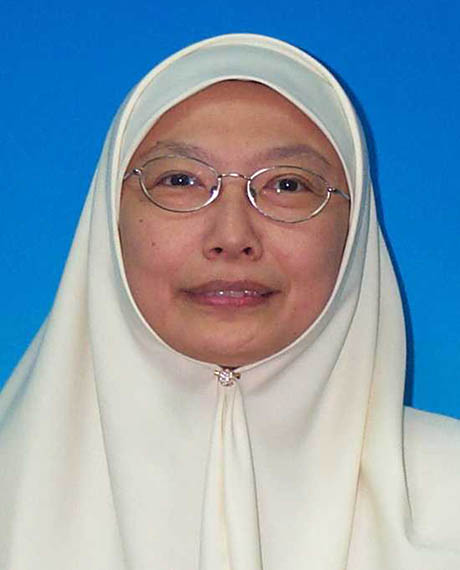 Selamah Abdullah Yusof is a Professor in the Department of Economics at the International Islamic University Malaysia. Her teaching interests include econometrics, mathematics, statistics, labour economics and microeconomics. In 2010, she was awarded the Best Teacher Award (Department level).She has conducted training workshops in the areas of research methods and data analysis for academic staff at the university level.
Her research interests center on analyzing areas in economics from an Islamic perspective. She has co-written articles on constructing Islamic theoretical frameworks related to producer behaviour and profit maximization. She led a research team on developing a benchmark, and measures for values along the principles of Islam, and the impact on social problems, which has won the Quality Research Award at the university level. One of her current research works is in developing an Islamic development index. Apart from these works, she also conducts research in the area of household economics particularly in studying household financial fragility. She has produced several papers and has won several medals in the university research, invention and innovation exhibitions for this effort.
She was appointed as the Head of Department of Economics in 1999 and served in that position until 2003. She was the Editor of IIUM Journal of Economics and Management for 2004-2005, and was also an editorial board member of Asian Academy of Management Journal from 2003 to 2006.