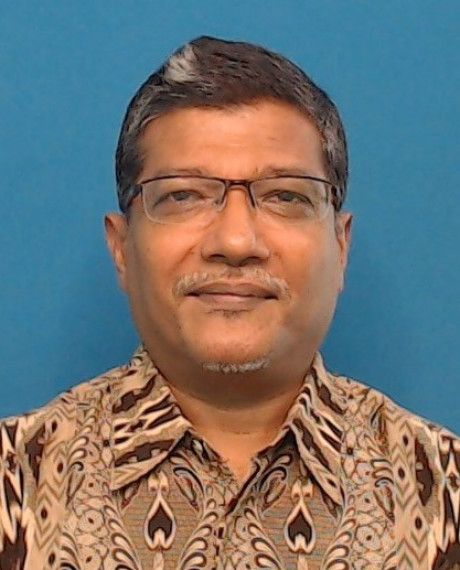 Professor Dr. Mohamed Aslam Mohamed Haneef, is currently attached to the Department of Economics, International Islamic University Malaysia (IIUM). His Ph.D thesis entitled "Intellectual Parameters of Contemporary Islamic Economic Thought and Policy" won the Ismail Faruqi Award for Academic Excellence in IIUM (1996). He teaches Economics and Islamic Economics at both the undergraduate and graduate levels, including to MBA students. He was Head of the Economics Department, IIUM from June 1996-September 1999, Fulbright visiting scholar at the Center for Muslim-Christian Understanding, Georgetown University, USA from September-October 1996 and held a Commonwealth Fellowship at the Oxford Centre for Islamic Studies (1999-2000).
He has published books and articles and conducted research in various areas of Economics, Development Studies and Islamic Economics. His current research interests are in socio-economic impact of awqaf and Islamic Economics and Finance Human Capital Development. He is also actively involved in numerous public and private executive training programmes, specializing in Islamic economics and contemporary development issues. He was the Editorial Board member for IIUM's Journal of Economics and Management Sciences from 1997-2010 and its Chief Editor from July 2005- December 2008. In addition, he has also been the Editorial Board member of Intellectual Discourse since July 2008. He is also appointed as the Executive Committee Member, International Association for Islamic Economics (IAIE), 2012-2014. He has held other posts in IIUM which includes President, Academic Staff Association and is currently the Director of the Centre for Islamic Economics, IIUM.