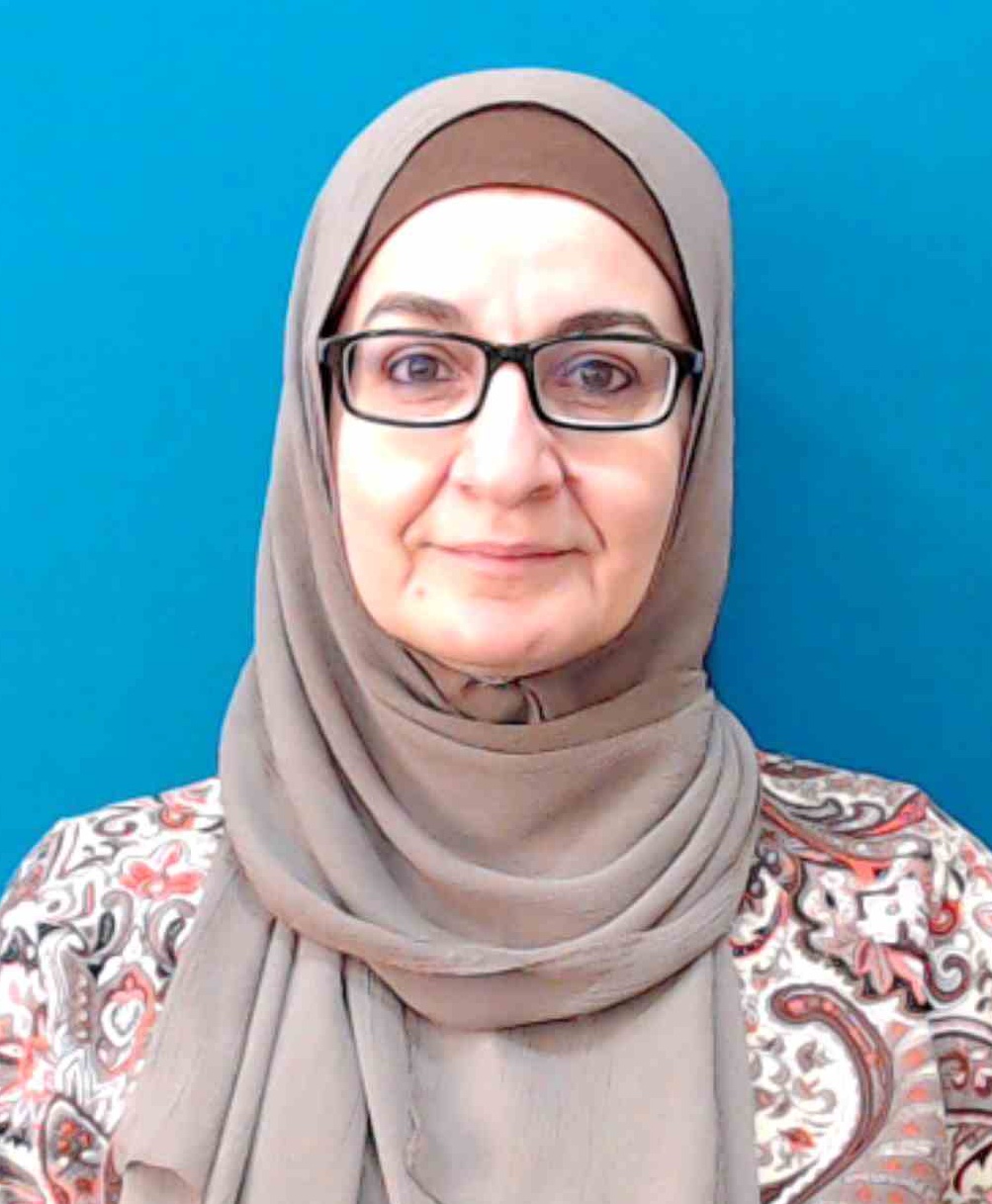 Dr.Muna Kh. Al-kubaisi graduated from Baghdad Medical College in 1988 and started working as a house officer in Al-Karama Teaching Hosp. Baghdad - Iraq in General Surgery, Medicine, Pediatrics, Gynaecology and other medical branches, from September 1988 to October 1990. She was appointed as a general practitioner in Abu-Ghrabe Hosp. In Al-Anbar Health Directorate / Iraq from October 1990 to October 1991. In 1991, she started her postgraduate studies under the Iraq commission for medical specialization in Gynaecology & Obstetrics, Baghdad University, and was awarded the FICMS in April 1996. She presented her first research in the safe motherhood conference under the title "Maternal Mortality in Baghdad Hospitals" and she got the award for Best Research and Presentation. She practised after becoming a Specialist in Gynaecology and Obstetrics from April 1996 to January 1999. She developed an interest in the academic work and joined the university as an Assistant Professor in Al-Karamah Teaching Hospital, Baghdad.She left for Yemen and continued serving as an Assistant Professor and Head, Department of Gynaecology & Obstetrics in the College of Medicine in the University of Science & Technology in Sana`a city (private) from October 2000 to October 2006. She was responsible for preparing the O&G curriculum for the KOM and also had administrative work besides teaching the undergraduate students and her clinical practice. At the medical college annual conference held on 3-5 June 2003 she was awarded a Merit certificate for best performance as HOD and best academic performance in Obstetrics & Gynaecology. She presented her second paper in the FIMA Conference 2005 entitled "Anemia among pregnant women in Sana`a City".
She then departed to UAE (United Arab Emirates) to practise in the governmental sector as Specialist A, Head of Department, Gynaecology & Obstetrics in Dibba Hospital from July 2006 to Oct 2009. Besides her administrative responsibility as Head of Department she was practising clinical work including clinics, ultrasound imaging, ward rounds and surgeries. She passed MRCOG Part One during her stay in UAE and attended many courses in O&G.
She returned to her academic work as an Assistant professor in Obstetrics & Gynaecology at International Islamic University Malaysia (IIUM). During this period, she presented many papers in different conferences in Malaysia and Singapore. She is involved in teaching the undergraduates and postgraduates under the O&G Master's programme. She is also involved in publication in the field of anemia, diabetes in pregnancy and breastfeeding and involved as an examiner for the undergraduate and postgraduate candidates.