Brief Biodata
Dr. Shavkat ALIMOV received both his M.S. in Physics in 1968 and a Ph.D. in Mathematics in 1970 from the Moscow State University. In 1973, he obtained his degree of Doctor of Science in Physics and Mathematics from the same University. He was Professor of Mathematics at the Moscow State University (Department of Computational Mathematics) from 1974 to 1984. Since 1984 till 2012 he has been Professor of Mathematics at the National University of Uzbekistan and since 2006 he was also Professor of Mathematics at the Tashkent Branch of the Moscow State University. He was visiting researcher at the Waseda University (Tokyo, Japan) in 1977, at the Eötvös Loránd University (Budapest, Hungary) in 1983, at the University of Mainz (Mainz, Germany) in 1991, at the California Institute of Technology (CALTECH, Pasadena, USA) in 2000-2001, at the University of Bonn (Bonn, Germany) in 2005-2007. Since June 2012 he is the Head of Mathematical Modeling Laboratory at the MIMOS Berhad, Kuala Lumpur, Malaysia.
He is the author of more than 150 mathematical works in mathematical physics, partial differential equations, spectral theory; most of them were published in international journals and conference proceedings. He is a member of the Editorial Board of Eurasian Mathematical Journal (Astana), the Uzbek Mathematical Journal (Tashkent), the Journal of Pure and Applied Mathematics (Baku, Azerbaijan), the Journal of Contemporary Analysis and Applied Mathematics (Turkey). Dr. Shavkat ALIMOV is a member of the International Academy of Sciences of Higher Education (Moscow) and of the Uzbek Academy of Sciences (Tashkent). 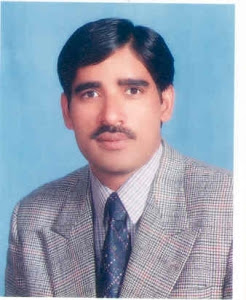 Brief Biodata
Dr. Jamal I. Daoud received his Ph.D in Statistics in 1992 from State Academy of Management, Moscow-Russia.Prior to joining IIUM in 2006, he servedas academician in universities in Russia and Libya.His interests are Regression Analysis, Statistical Inference, and Experimental Design.

He is author of more than 60 publications in various areas of statistics and 4 books in statistics.Currently he is the coordinator of the Mathematical Modeling and Simulation Research Group in the Kulliyyah of Engineering.

Brief Biodata
Maman Abdurachman Djauhari, founder and first Director of Center for Research, Consultation and Training in Statistical Analysis (CRCTS), Universitas Pasundan, Indonesia, is a Professor of Statistics. His degree of Doctor in Statistics and Diplôme d’Études Approfondies were obtained from Department of Mathematics, Université de Montpellier 2, France, in 1979 and 1977, respectively, and Drs in Mathematics was from Institut Teknologi Bandung (ITB), Indonesia in 1974. He was conferred the highest rank of Professorship (IV/e) by the President of the Republic of Indonesia in 2000. In 2008 he was Professor of Statistics at Universiti Malaysia Perlis and at Universiti Teknologi Malaysia in 2009 until April 2014.

As profesional statistician he has been consultant of The World Bank in 2009, and consultant/ advisor for 7 institutions in USA, 1 in India, 1 in Poland, Canada International Development Agency, and Japan International Cooperation Agency. He was also a founding member of International Statistics Forum based in Korea. His research interest includes: Complex Systems, Financial Industry, Networks Analysis, Statistical Process Control in Manufacturing and Service Industries