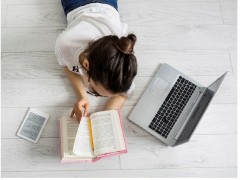 Toxic side to university ranking

THE DEBATES about ranking are alive again. This time it took an added dimension of the Covid-19 outbreak that forces everything to be inspected in a different light.

If other forms of ranking worldwide are generally rendered as "irrelevant" - thanks the coronavirus, then arguably the university league tables cannot be any different. We need to "flatten the curve" as it were and that includes education as it is (mis)understood today.

Toxic issues of racism, sexism, and elitism are coming back into play as the current ranking exercise seems to gloss over (if not accepted) them in the manipulative attempts to arrive at a meaningless number, stacked over one another. This is now called to question especially in countries of the past colonial empires where systematic racism is insidiously part of it, intentionally or not.

Taken at face value therefore, the so-called ranking must be equally tainted in one way or another, meaning a top ranked university from certain countries has somehow, knowingly or otherwise, overlooked such issues until it is forced to admit them, if reluctantly.

This has been allowed to go on for centuries, where "world-class" is defined through the lens of a biased western-worldview (read Anglo-Saxon) by and large. It is no wonder that most that are highly ranked arguably come from the same "world," so to speak. For those that aspire to be ranked in the same "world" must harbour the same aspiration as well.

More specifically, to fluently speak the same language, embrace the same norms and values, subscribe to and read the same journals and publications, research on the same themes, engage in the same burden of civilising the world, as prerequisites to gain recognition as being "world-class."

Meanwhile, the diversity of knowledge and wisdom from other world is ignored. It is not by coincident then that the Latin word, universitas, - the root-word for "university" is so defined in the same fashion too, namely as "the trustee of the European humanist tradition." This has not change for more than 900 years, and counting.

The story goes from bad to worst involving the inherently "mediocre" institutions disguised as "universities." Aspiring to be "world-class," they "buy" their way into the system, with the hope to gain some sort of recognition through "piggy-bagging" as "partners" in leveraging the programmes and courses that they offer.

Crudely put, they act as local agents on behalf of the "world-class" university that calls the shots through foundations and charities setup to prop up the joint-venture, to commercialise the alleged "world-class" education.

This modus operandi is expected to expand, post-Covid, as students in the "developed" North are becoming more critical over the "tainted" truth and more sceptical as what the term "world-class" entails in comparison to their more willing counterparts in the South.

Given the circumstances, some of the "mediocre" institutions spare no effort to strike on their own as self-proclaimed "world-class" entities, partnering with other universities in different parts of the world on a variety of promises and packages.

Some have even token presence in the North as a "show-case" of success to further advance their "world-class" status. Giant billboards and slick advertisements are deployed to pronounce the same without any fear of sanctions by the power that be. So much so that the toxic nature cuts deep into the community as exposed recently.

In the South, the "ugly" impact proves harmful, if not downright damaging. Under the Covid cloud of flattening the curve, issues like racism, sexism and elitism are no longer tolerated, although previously they are deemed as key drivers to promote education literally as a for-profit business.

Now that the Pandora's box is wide opened, all is up for scrutiny globally. While the radar used to be on the public institutions, now the private ones are suspects too.

Education can no longer be taken for granted as "world-class" based on the superficiality, and hypocrisy of ranking and league tables.

Closer attention must given to their inherent toxic effect that is often marginalised in the gullible bid to be so-called "world-class."

KOED urged to bring National Education Philosophy in its place