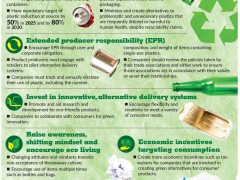 Waste management starts with us

Waste experts and environmentalists have stressed that the only sustainable waste management model is where people voluntarily take responsibility over ways they dispose of their rubbish.

StarMetro spoke to a few experts on the subject, including environment and waste management expert Dr Theng Lee Chong on what the next decade holds in our country’s environment preservation.

Dr Theng said the waste to wealth concept, where rubbish is converted from an exhausted utility to a valuable or desirable level, had been promoted in recent years, but was not sustainable in the long run.

“The waste to wealth model is not advisable if people only focus on the monetary rewards, ” said Theng.

He cited a case in China where farmers surrendered their solid waste to an energy plant for free, and they later demanded that they be compensated.

Theng said the energy plant could not sustain its operations costs and was eventually shut down.

“The public must take responsibility over their consumption and the waste they generate. All waste management involves costs and environmental impact.

“We must understand and act accordingly based on our own self-conscience, ” he said.

The waste to wealth model has adverse impact towards the environment, such as emission of greenhouse gases.

For example, persistent pollutants from the plastic recycling process can bioaccumulate (collection of substances in living things) in land and marine food chains. It could also cause air and ash pollution and impact local communities.

“Burning enables poorly designed products to continue being produced, wasting valuable resources that would be better reused or recycled, ” he said.

He cited the Global Alliance for Incinerator Alternatives’ (GAIA) view that governments in many parts of the world have, knowingly or unknowingly, walked into the trap of accepting energy from waste as a form of “renewable” energy.

“However, the majority of the heat and energy for electricity generation or heating comes from non-recycled plastics in waste.

“This is along with other combustibles that can be separated and recycled such as paper, wood and textiles.

“Waste to energy incineration will not make any progress towards goals of zero waste.

“In simple terms, instead of burning more waste such as plastics to generate energy, we must avoid producing more waste, ” he said.

Theng said a better option would be the waste to welfare concept, common among Japanese communities.

“Neighbourhood waste is turned into energy and returned to the community it originated.

“The Japanese community understands its responsibilities and work towards a goal instead of depending on monetary rewards, and we should promote this concept, ” added Theng.

“This reflects the urgency to continue educating the public on solid waste management to alleviate the environmental and health impacts from poor waste management, ” said Sumiani.

She echoed Theng’s view that an effective waste management plan was possible only when people took responsibility.

Theng said waste must be tackled at source and the government should carry out active enforcement where possible.

“The focus should also be in extended polluter responsibility (EPR) where producers and consumers of waste must be ready to pay for the rubbish they have created.

“EPR can only be executed with government intervention, ” he said.

Theng said plastic straws was not a big problem compared to toxic waste disposed of into a majority of our landfills.

“There must be some initiative to ensure these lamps don’t end up here.

“With EPR, solid waste can be managed safely, ” he said.

“Enforcement for the existing laws needs to be intensified.

“We have to identify the polluter. Is it the manufacturer or consumer? A strengthened monitoring and enforcement mechanism must be in place prior to the implementation of a polluter pay regulation, ” she said.

Theng said the government should be transparent in highlighting failed waste management projects and the reason for the failure to the public to enable more sustainable projects in the future.

Sumiani added that the likely reason for the failure of the waste treatment project was the economic feasibility of the project itself.

However, she said the failed waste management programme needed to be communicated to the relevant stakeholders and representatives from the affected community.

“Waste treatment cannot be viewed as a business venture. It is a public service, just like sewage treatment.

“The cost of operating a waste treatment facility or recycling programme has to be from public funds, not through private investments.

“To encourage recycling or waste separation, the cost of disposal at the national level needs to be increased through the mechanism of landfill tax.

“This will deter people from disposing of rubbish without giving a second thought about the environmental impact, ” she said, adding that national waste concessionaires should be prompted to recycle waste as part of their business key performance indicators.

“The current business model does not encourage aggressive waste reduction and recycling, ” she said.