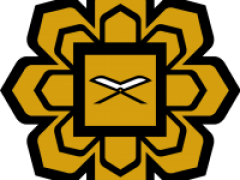 Winners of the 'Pitch Your Product' Competition

Pitch Your Product 2017 competition was held on August 8 & 9, 2017 as part of the IIUM World Prosumer Convention. We would like to specifically acknowledge the winners of PYP 2017 among the IIUM community who received their trophies and mock cheques at the prize-giving ceremony on 9th August 2017, at the Senate Hall. The memebers of the Kulliyah would like the congratuate the following winners.