Views from the Garden 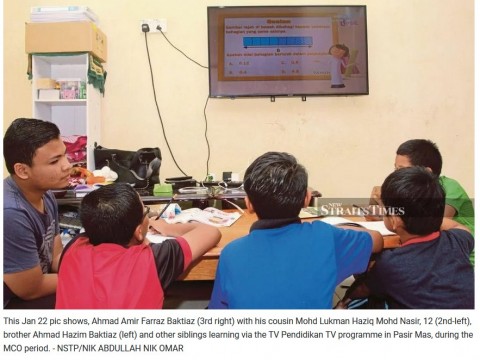 'Fitting in' approach to education should not be the way

'Fitting in' approach to education should not be the way

To say that schooling is thrown into chaos during the pandemic is an understatement.

Reportedly some 1.6 billion students are affected, according to the World Economic Forum, and many of them "may never return". Of those who do, more than half are not expected to receive the education required for basic numeracy and literacy.

Still some said that this is still an approximation as the pandemic insidiously creeps into our lives. If the well-off are not spared, imagine what can happen to the disenfranchised. Even before the pandemic, much concern has been expressed about the latter with respect to their schooling, let alone education.

Now there are more reasons to worry about the future. But, this is not new, to say the least, going by the case of Greta Thunberg and her Fridays for Future movement worldwide. They chose to stay away from school because allegedly it does not guarantee their future any more.

Thunberg was clear about this when it came to the climate crisis that is looming. They took to the streets several times all over the world to express themselves, involving millions of youngsters. The indictment is obvious: schooling is no longer deemed relevant to this group of future-minded youth.

Their issues are not about resources and opportunities, but purpose and context. Thunberg herself comes from a region where schools are generally held in high regard. They truly function as the leveller of society — the real purpose of education since time immemorial.

For the others, most have been hijacked by various actors and events that distort education to what it is today. It is marked by disparities, inaccessibility and even unavailability in more distant places. What the pandemic has done is to further highlight the reality that has been staring at us for so long, but left unattended for some reason until lives were wasted, which instantly act as the push factor.

As a result, schools were closed almost worldwide at varying rates and discord. Some, mainly in the West, despite far superior amenities, were not exempted.

It adds to the notion that something is not quite right about the so-called schooling as presented in the current ecosystem operating from home. Sadly, we are still trying to fit in, forgetting that the socially unjust state of affairs education-wise has long divided the community right down the middle globally.

So, as we advocate the use of online learning as an alternative, if not a panacea, news of students having to climb trees to gain access online suddenly reared its head as a grim reminder of the forgotten reality. It takes a number of such embarrassing episodes before the reality really sinks in.

But, it is still about fitting in, with various approaches in an instant virtual space housed in a makeshift classroom at home. In some cases, it resembles a shared classroom accommodating school-going siblings of different levels. All in the name of fitting in when the ecosystem is nowhere suited for it!

Therefore, it takes little to imagine the quality of learning that actually takes place under such circumstances. Foremost is the absence of conducive ambience needed to support the process of effective learning in the best possible way. Concurrently are other in-house activities like cleaning, cooking and having meals, TV viewing or just plain leisure. All competing for attention, enough to distract the learning to be fitted in for the day.

Ordinarily, most Malaysian students will have to cope with some form of homework or self-study after school hours, following dinner. In other words, they are back to the makeshift shared classroom for yet a couple of hours more.

This cycle (and thus pressure) is perpetual for as long as school remains closed. No wonder there is growing evidence of a heightened level of anxiety and stress when students are struggling to fit in — this approach is not only less productive but could also be harmful. It further distorts the true meaning and purpose of education as a leveller of society.

Perhaps it is time to rethink how to better learn, given the asymmetrical environment and ecosystem persisting, especially among the vulnerable. The pandemic has presented an opportunity to repurpose the entire ecosystem, instead of just fitting in, in preparing for the post-pandemic period, before it worsens. 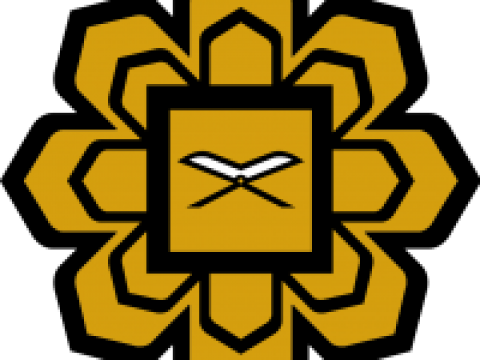 With the impeachment gathering momentum, Donald Trump is back in the limelight.

This time with the shocking details of the said Capitol "insurrection" that the former POTUS allegedly incited as a domestic terror, according to some.

Others deemed this to be equivalent, if not more dangerous, to that which made the United States "terrorist" list. How it missed the list is a matter of conjecture that we will come back to.

But for now, the US mainstream media billed it as domestic "extremists" rather "terrorists". At times, even more tamely, as rioters, mobs and the like.

Mostly being white is one explanation giving credence to the other conspiracy theory of somewhat legitimising the white supremacy groups within the US historical legacy. Even a group like the Klu Klux Klan (KKK) is allegedly not referred to as a "terrorist" organisation despite its wide-ranging infamous "terror" tactics used against Blacks and people of colour.

If the KKK does not qualify, then one wonders which one would if not coloured groups like the Black Panthers, for example.

One description of the latter highlighted how its members were "dressed in commando gear, carried weapons, and talked about killing 'pigs'". An observation was made that their "public embrace of violence frightened many whites".

Yet some historians did indicate that the group which stormed the Capitol on Jan 6 was not isolated in world history.

According to Alexander Ross, a professor who studied far-right movements in Portland State University, the mobbing of the US Capitol drew parallels between an uprising in the 1920s in Germany by military irregulars, who dislodged the Weimar government for four days before collapsing. Although the attempt failed, it gave the notorious Adolf Hitler a national audience.

"I don't know if it will be clear to many how close the US had come today to complete disintegration of the constitutional system, but we came close," Ross was quoted as saying.

"And we aren't out of the woods yet."

That such protests happened at statehouses across the US signals how deeply conspiracy theory has spread, at least among far-right groups. The groups have reportedly stormed statehouses twice before, last spring and summer. Therefore, it should not come as a surprise as to their goals and capability.

In fact, in a tape released recently, Trump was urging his followers to go home while implying that there would be future chances to win the election, which he deemed was stolen from him.

Adding on to this, a more direct comparison by Justin Ward argued that "white terror" is not new in the history of the US.

Except that it is generally left unsaid. According to him, for a century following the end of the Civil War, white terror was a constant fixture in American life. More than 4,000 documented lynching occurred during the period.

Mass racist violence targeting Black and indigenous people, as well as various immigrant groups, occurred about once annually on average.

At the height of the violence, more than 30 anti-Black riots broke out across the country during the Red Summer 1919. This carnage, if covered at all, was treated as a mere footnote in the grand narrative about the national destiny of a country.

Ward also contended that history text books "oversimplify the causes of racial violence in that era". Race hatred was "a tool of business interests", which used Black workers almost exclusively as strikebreaker — a role that they were relegated to by the stubborn refusal of white-dominated unions to organise them.

"Texts often validate rather than challenge the contemporary white supremacist view of anti-Black riots, highlighting incidents that originate in (often false) allegations of sexual assaults by Black men against white women," he noted.

Under the circumstances, it would be interesting to see if the use of "extremists" will continue to be validated. Or will the term "terrorists" be put to appropriate use, especially when terrorism seems to benefit white supremacy in the US-styled democracy.

As correctly pointed out by Ward, Trump and his crude, garish displays of patriotism are only effective because the public has been conditioned to respond to them. It is not for nothing that US has long cultivated the ideology needed to sustain itself as a global empire, albeit tainted by racism.

From that perspective, Trumpism is not an aberration, but rather, the next logical step in the (d)evolution of Americanism. With or without the impeachment.