Haven Far From Home: The Bosniaks of Malaysia Hamza KarcicSarajevoBIRNOctober 8, 202011:37Almost thirty years ago, hundreds of Bosniaks fleeing war made Malaysia their home. This is their remarkable story.

Earlier this year, over a late lunch on a Friday afternoon, half a dozen Bosniaks in Sarajevo pondered the political upheaval that was unfolding at that moment.

The talk, however, was not of the imminent demise of the local government with its seat in the Bosnian capital, but the resignation of Malaysia’s 94 year-old prime minister, Mahathir Mohamad, and the uncertainty it had ushered in.

That this group of mid-career professionals in the Bosnian capital might be concerned about a political crisis more than 9,000 kilometres away may seem unfathomable to many.

But for hundreds of Bosniaks it was perfectly natural, given that some 25 years ago Malaysia was their second home.

Bosnia’s 1992-95 war sent to flight hundreds of thousands of people, most of them Bosniaks. Many found refuge in Western Europe and Turkey, given their proximity. But how and why did several hundred Bosniaks – a rough estimate given the lack of precise data – make their way to Southeast Asia? 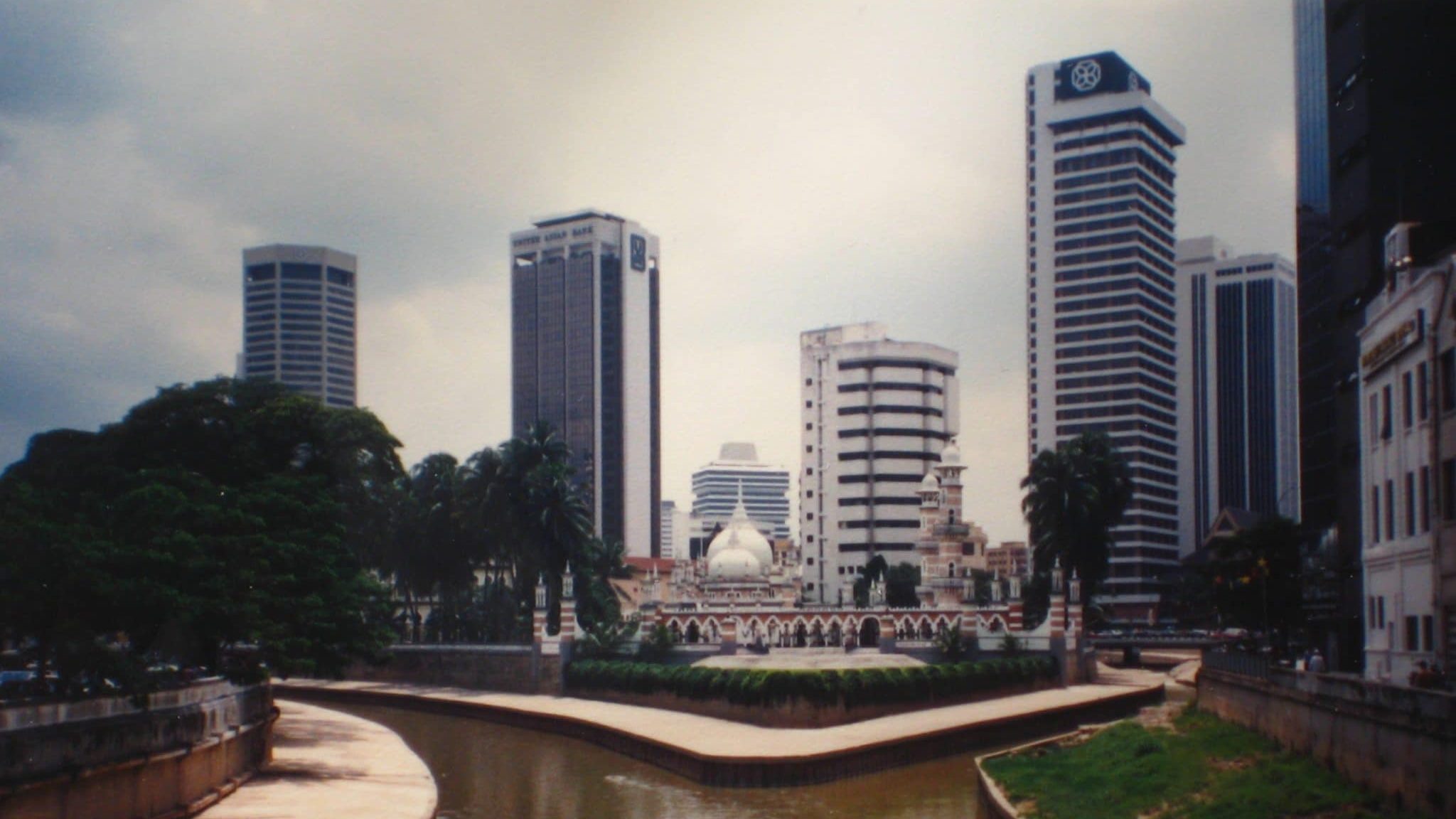 Before the war, a small number of Bosnian professionals lived and worked in Malaysia, most of them engineers working for Bosnia-based state-owned companies.

At least two young Bosnian professors had taught at the International Islamic University Malaysia, IIUM, and several Bosnian students were studying there when the war broke out in 1992. The Bosnian community, however, quickly grew.

The influx of Bosniaks to Malaysia is largely attributed to Malaysia’s then prime minister, Mohamad, a maverick politician who embraced the Bosnian cause.

Despite few real ties between Bosnia and Malaysia, Mohamad emerged as a key champion of the Bosnian Muslims, or Bosniaks, recalling in his 2011 memoir how the genocide in Bosnia ‘greatly upset’ him.

“What the Serbs did was unimaginably cruel but what the Europeans did was equally appalling,” wrote Mohamad, who is not known to mince his words.

“European countries that make up NATO like to lecture us about human rights but their inconsistency is shameful… If a dog gets stuck in a drain, they spend time and money to rescue it… Yet they refused to help innocent people who were being killed.”

Mahathir’s then deputy and finance minister, Anwar Ibrahim, played an equally crucial role in advocating for Bosnia on the international stage.

The sympathy of the Malaysian government towards Bosnia offered many the prospect of safe haven, one for which Bosnian citizens did not require a visa.

With many Bosniaks stranded in Croatia by fighting between Bosniak and Croat forces in 1993 and early 1994, visa-free departure for Malaysia looked like an attractive option. Professionals, students and survivors of concentration camps and their families all made the trip, welcomed by a Malaysian government that had become a fierce advocate for Bosnia.

The Bosnian professionals who found themselves in Malaysia in the early 1990s were mostly experts in technical fields.

Yugoslav strongman Josip Broz Tito’s prominent role in the Cold War-era Non-Aligned Movement not only allowed Yugoslavia to punch above its weight but also opened doors for Yugoslav companies seeking contracts in Asia.

Engineers working for the Bosnian energy giant Energoinvest had been working in Malaysia since the 1970s. Several found themselves in Malaysia as Yugoslavia unravelled. But apart from the experts and the two professors, the number of professionals living in Malaysia was limited.

The bulk of the community in Kuala Lumpur comprised Bosniak students, most of them studying at the IIUM.

The war in Bosnia and the offer of scholarships in Malaysia were major factors that led them to Malaysian capital.

The first batch of students began arriving in October 1991, a few months before the war broke out. More followed as the war rumbled on. While exact figures are elusive, roughly 100 Bosniak students enrolled at the IIUM during this period, mostly studying economics and social sciences.

The university’s aim to integrate Islamic and social sciences — and that fact they it offered a double degree — was significant in exposing students to both the religious and the secular, as well to languages given they had to master both English and Arabic. In this sense, it widened the academic horizons of many students. This was perhaps the largest group of Bosniak students that studied at one university abroad in the early 1990s.

A third significant group of Bosniaks in Malaysia were the survivors of Serb-run concentration camps in Bosnia.

Many of those lucky enough to survive the camps made their way to Croatia. Once reunited with their family members, a few dozen families headed for Kuala Lumpur and were housed in the Serdang area. Another group settled in nearby Kajang. A third group of about 50 people found their way to the Malaysian state of Sarawak on the island of Borneo, where eventually they grew in number.

For the survivors who arrived in tropical Malaysia, the memory of the camps meshed with the new life about to begin in this far-away land.

In Serdang, elements of Bosnian social life soon emerged. The Bosniak community in Serdang became a hub for Bosnian cultural events in Malaysia, and hosted displaced Bosniaks from other communities around the country during various religious holidays.

In May 1994, the Malaysian daily New Straits Times featured on its front page Bosniaks gathered in Serdang to celebrate the Muslim holiday of Eid al-Adha. A Bosnian school — teaching language, history and culture — opened on weekends for Bosniak children living in and around Kuala Lumpur. Bosniak children in Serdang attended Malaysian primary and secondary schools and many quickly became adept in Malay language. 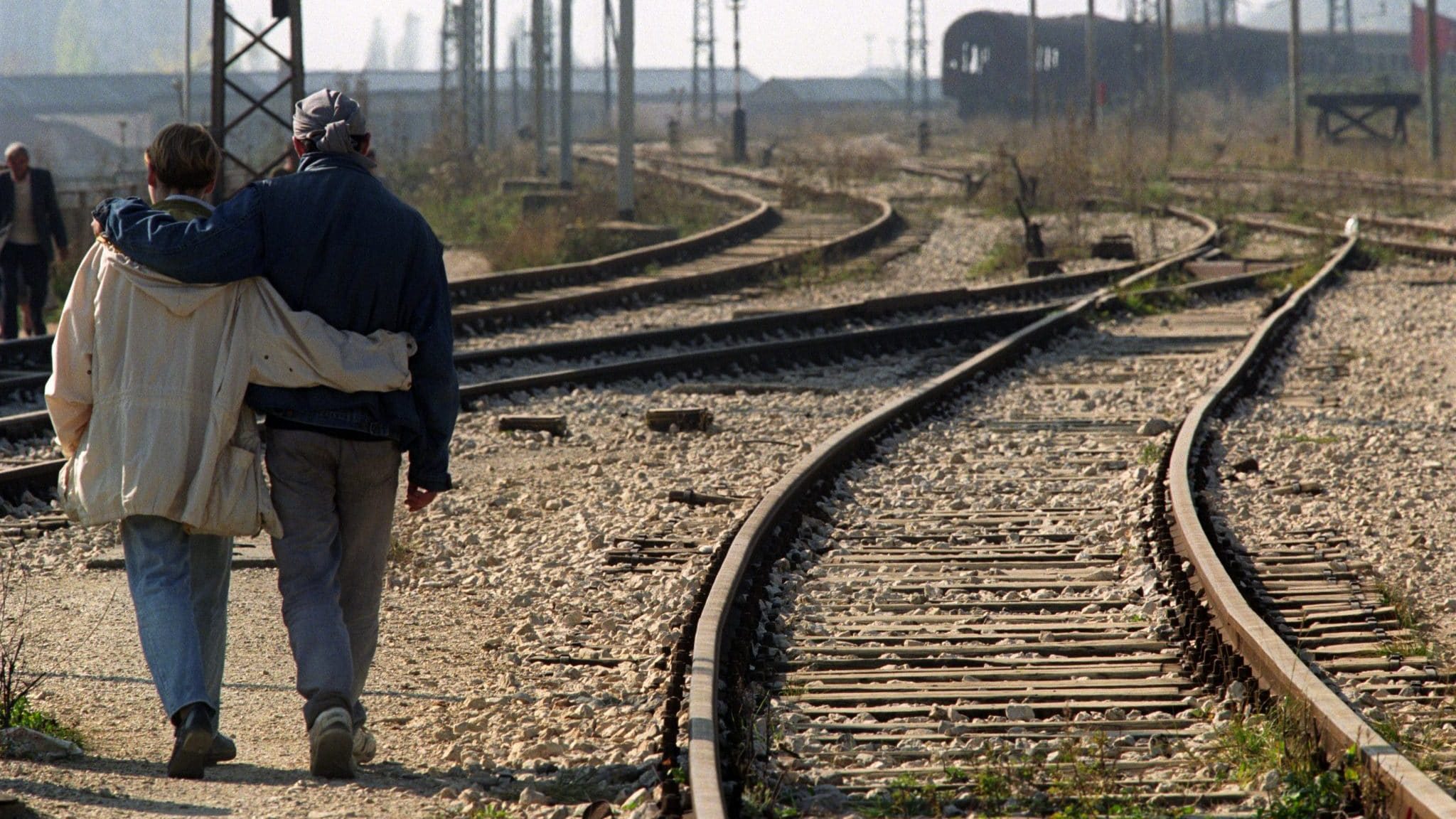 A young couple walks over the tracks on Sarajevo railway station, in Sarajevo, Bosnia and Hercegovina, 1995. Photo: EPA/ODD ANDERSEN

As the war came to a close in late 1995, most members of the community contemplated returning to Bosnia.

Malaysian hospitality notwithstanding, the distance from Bosnia, the tropical climate and the vastly different culture meant it only natural that many planned to return home. By the early 2000s, much of the wartime community in Malaysia had dispersed. Most returned to Bosnia while some went to Western Europe. Only a few remained in Malaysia.

While professionals and camp survivors and their families accounted for a significant part of the Bosniak community in Malaysia, it was the students that attracted the most attention in post-war Bosnia.

The experience of these students was unique because so many of them studied at the same university and, for the most part, lived on campus. Upon their return, a number of Bosnian alumni of Malaysia began making an impact on post-war society in diverse careers.

Young, educated and proficient in English, most quickly found employment in Bosnia in a number of international organisations then active in the country.

Their English language skills enabled them to quickly find rewarding employment back home. It is something of a peculiarity that most of the Bosniaks learned and improved their English in Southeast Asia and that this then propelled them to successful careers.

Another benefit of studying in Malaysia was that students gained familiarity with computers, which proved a particular advantage in immediate post-war Bosnia. The international exposure and cultural diversity of living in Southeast Asia for a number of years shaped their worldview.

The Bosniak community that emerged in Malaysia almost three decades ago had largely dispersed by the late 1990s and early 2000s. The Malaysian chapter in the lives of hundreds of Bosniaks became not only a case study of an unexpected diaspora community at an unlikely destination. Theirs is also a story of a reverse brain drain with a multiplier effect.

Hamza Karcic is an associate professor at the Faculty of Political Science at the University of Sarajevo. @KarcicHamza

The opinions expressed are those of the author and do not necessarily reflect the views of BIRN.