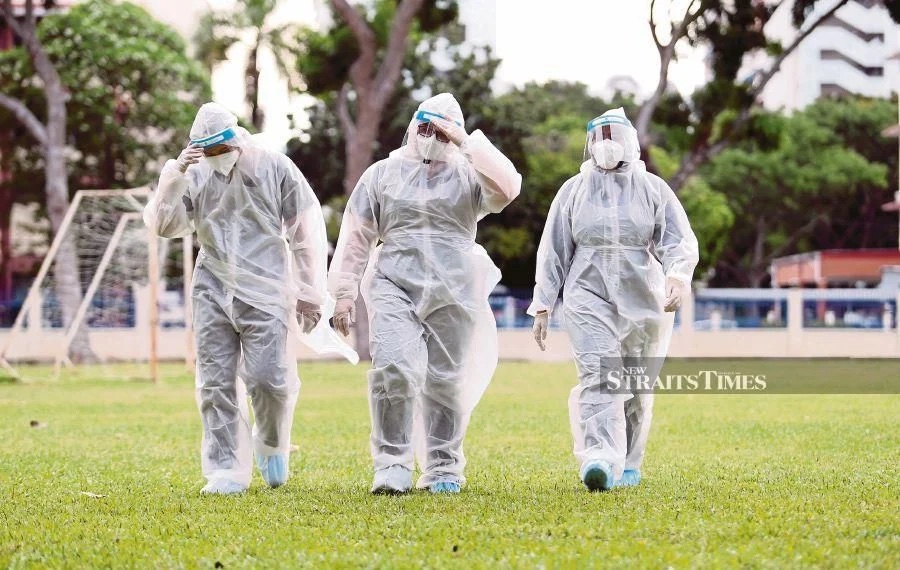 That the number of Covid-19 cases has exceeded the 10,000 mark for a number of consecutive days seems to pose a larger question to us human beings.

That is, how to avoid being consumed by the deadly virus, and more. Thus, the cat-and-mouse game with the authorities to ensure people abide by rulings is over.

The new question is about the state of “being”. As human beings, our “being” is what describes us, individually and collectively. Some of us seem to prefer to put our “being” on the line.

Animals and humans can act as carriers and hosts to disease-carrying vectors. Both can carry and host various types of fungi, bacteria and viruses. Animals, be they birds, rats, bats, mosquitoes or flies, are known to do this.

Bats, for example, are famously cited as carriers of more than 60 viruses that can harm humans. They host more viruses per species than rodents do, according to research. Bats have been major suspects in the transmission of the coronavirus.

So are human beings who are  carriers of the same coronavirus. The difference is the former are targeted for elimination in the attempt to break the chain of transmission, while in the case of the latter, similar considerations are said to be inhuman, and thus unthinkable.

Yet, they remain threats, with obvious inherent risks to fellow humans, some deadly and life-threatening.

Hence, the sloganeering, social messaging and standard operating procedures that serve to remind them of who they really are in being human.

But disappointing many are the oblivious few who care not about their state of being. And they are rather unaware of their responsibility as human beings. If only they could be exterminated like the bats, the curve of transmission could be better managed!

Having said that, what is left is to desperately awaken their state of “being” as the last choice. A state of being is generally understood as the qualities of life goals, like being contented, as a human, that life is worth living.

Bats have no use for this, so it matters little if they survive or otherwise. So, it is rather unfortunate when humans forsake their being and choose to live like bats (or any animal for that matter), as  deduced from the tragedies of recent events.

If “being” further implies the state of inner being or the essence of belonging to the universe of all things material or immaterial, then the “state of being” can be worse off as the mental health of a person can also be affected.

It looks as though this is what is being put to the test by the pandemic, whether we realise it or not. That is, whether humans are conscious of what is expected of them in the face of the challenges brought about by the virus.

What is sure is that the virus, like humans, wants to survive too; ironically, by ensuring the host survives. Otherwise, the virus will die, too, without a host.

As for humans, it is the opposite, since their survival depends on how their body can stay alive in a virus-free environment. At least “be” responsible and not spread the virus to another person, which is what flattening the curve is all about.

The ultimate test, therefore, is for humans to be responsible as an innate part of their “being” and survive collectively as a species. Failing this test is to reaffirm their failure to be human.

To pass this test is to ensure that their state of existence is well taken care of as part of living, of being at peace with both the inner and external  dimensions amid the coronavirus pandemic.

That is, in a state of balance and harmony with one another so that the challenges of self-isolation, quarantine, loneliness and even lockdowns can be handled by being truly human with a sense of higher purpose in life.