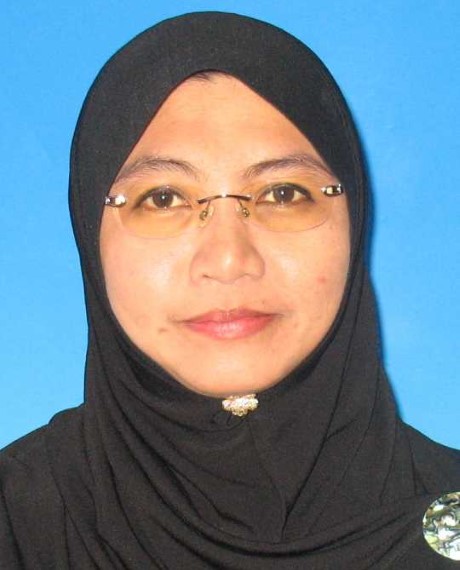 Haslina Hassan secured her Bachelor and Master's degrees from International Islamic University Malaysia (IIUM) in Arabic Language and Literature. She then pursued her Ph.D. at the University of Jordan and returned to the Department of Arabic Language & Literature, IIUM in 2004 to begin her career as lecturer.
As she started her first degree in the field of Arabic Language and Literature in a non- native Arabic speaking country, i.e. Malaysia, she understands that to master the Arabic Language one has to put a lot of effort to be able to reach the required standard of Arabic proficiency. This led her to write a Master's thesis on "Connectives in Arabic Language" and a Ph.D. thesis on "Connectives in Malay and Arabic: a Comparative Study", that have become references by students, teachers and researchers of Arabic.
She continues to uplift the standard of Arabic among the students and her research interest in Corpus Linguistics has led her to invent an Arabic learning and teaching tool namely Al Munaqqib Al 'Arabi (Arabic Concordancer) which won a Gold Medal at the International Research, Invention and Innovation Exhibition (IRIIE) in 2012. The tool has been copyrighted in 2014 and has attracted the attention of Arabic teachers and researchers inside and outside the country. Among her other researches that won Gold Medals are: Common Words amongst Advanced Students of Arabic - a corpus-based study, Common Arabic Verbs Used in Arabic Newspapers- a corpus-based study, Compiling Arabic Academic Corpus at IIUM, Developing an Arabic Concordancer (Al Munaqqib Al 'Arabi).
Presently, Dr. Haslina Hassan is an Associate Professor at the Department of Arabic Language & Literature and Deputy Director of Academic and Management Division (AMAD) at the IIUM.