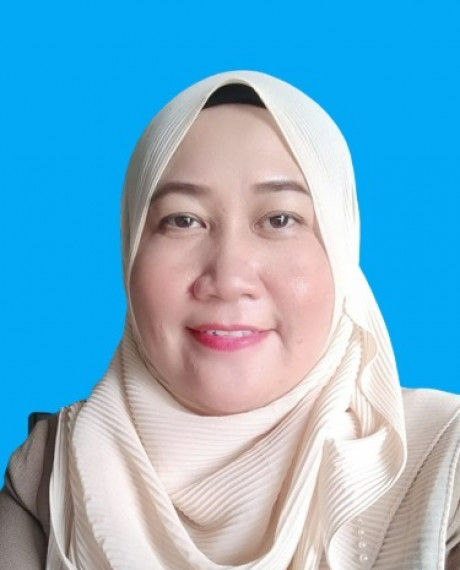 KULLIYYAH OF LANGUAGES AND MANAGEMENT

Arina Johari obtained her first double major degree in Malay Language and Linguistics (1st major) and Journalism (2nd major) from University of Putra Malaysia (UPM) in 1999; a Master of Science (Executive) in Educational Administration  at the same university in 2002;  and a PhD in Pragmatics (Malay Language) at  University of Malaya in 2019.
Arina has approximately 20 years of work experience in the field of Malay language  by starting her career as a journalist at education desk, Berita Harian Sdn. Bhd. (News Straits Time Press or NSTP) in 1999-2000 and as an Editor at Syarikat Fajar Bakti (2000). She was also started her teaching career in 2002 as a MARA teacher at MARA Junior Science College (MRSM) Gerik in 2002-2003 and MRSM Muar (2003-2004) while  in 2004, she started working as a lecturer at Centre for Languages and Pre-University Academic Development (Celpad), IIUM until 2013; and as a senior lecturer at Kulliyyah of Languages and Management (KLM) to date.
Showing an effort and passionate in the  Malay language teaching field, she was appointed as an instructor for the Bahasa Melayu Kerjaya and Public Speaking Course to the Professional Education Officer (Principles) under the Ministry of Education (MOE) at Kulliyyah of Education (KOED) in 2008-2012; and also to non-academic staff in advance courses offered by the IIUM Centre For Continuing Education  (ICCE) in 2011-2012. She is also active as an invited speaker in Public Speaking workshop for principles and teachers; Malay language proficiency for students organized by the Bitara Schools and Cluster Schools of Excellence around Gombak (2009-2011) and Muar (2016 -present).
Apart from teaching, Arina is also actively involve in the assessment of the  Malay language curriculum offered by  the public and private universities upon her appointment as a Panel Assessor by the Malaysian Qualification Association (MQA) since  2011-present. With the expertise, she was appointed as one of the Curriculum Committee to design the content of LM 2023 Bahasa Melayu for Science Social and LM 2027 Bahasa Melayu Science and Technology course (2011) while serves in CELPAD. She was also appointed as the main committee in order to develop the curriculum content of the Bachelor of Malay Language for International Communication (MLCOM) program for the establishment of the KLM in 2012. On the contribution  of this expertise, she has appointed by the university as  an Academic Quality Assurance Liaison (AQAL) for KLM from 13 March 2019 - 30 June 2021 and Member of Curriculum Review Main Committee to monitor/assess the academic quality of four programs offered by the KLM - Bachelor of English for International Communication (ENCOM), Bachelor of Arabic for International Communication (ARCOM), Bachelor of Malay for Academic Communication (MLCOM) and Bachelor of Tourism, Planning and Hospitality Management (TPHM).
She is currently serves in the department of Malay Language, KLM as an instructor of the MLCOM program; as a Chairperson of Curriculum Review Committee (Undergraduate Program) - MLCOM 2021-2022; and the Department’s Person In-Charge for MOU (2021-present).