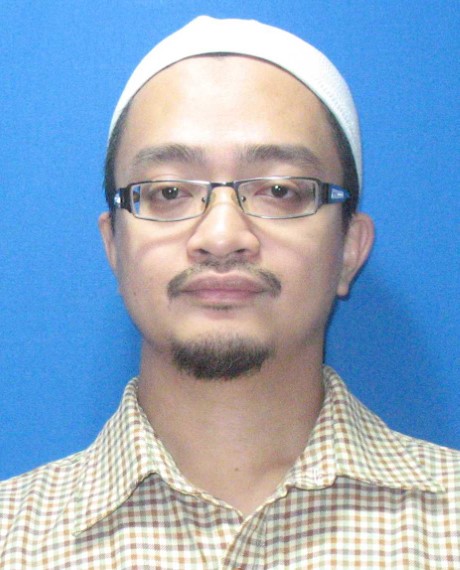 My service to the University started in 2006 as an Undergraduate Teaching Assistant at the Biomedical Science Department, Kulliyyah of Science, IIUM. I continued to do my PhD at Universiti Putra Malaysia in 2008, following my appointment as an IIUM Academic Trainee. I reported for duty at the Biomedical Science Department at Kulliyyah of Allied Health Sciences in 2012 i.e. I successfully completed my PhD within the 4 years scholarship. Subsequently I was appointed as Assistant Professor in Jan 2013, and confirmed in service in Feb 2014. Apart from the Biomedical Science Department, I am also part of the Institute of Halal Research and Training (INHART). Since then I have contributed to the teaching of Biomedical Science course at our university and have been making strong progress in research. In terms of local grants, as the lead investigator, I secured one FRGS grant in 2013 plus an international research grant in 2014, and completed both in 2015. Following these, also as lead investigator, I secured another FRGS grant as well as a Sciencefund grant in 2016. I was also a co-investigator in other grants between 2013-2017 namely: FRGS (x2), MIRGS (x1), PRGS (1x) and Halal Fund (1x) grants. Outputs include postgraduate students (2 Masters students graduated on time in 2015), several publications and one patent application. At least 3 more students are expected to graduate in 2017, with more publications coming this year. Some results from these projects could not be published as they have commercial potentials and are undergoing further animal testings and clinical trials.   I have developed at my Kulliyyah a strong research unit focusing on biofilm infection called Biofilm Interest Group (BIG). My own researchs are currently focused on biofilm infection as the core theme, with pharmaceutics and regenerative medicine as supporting domains. We organised a symposium in 2015 and two technical workshops in 2017. In addition, I also head a committed research unit on Malay medicine. At the moment I have organised an international conference in 2015 and involved in the publication of four books on Malay medical manuscripts between 2015-2017. A few more books on Malay medical manuscripts are in plan for publication for 2018 and 2019. These have given IIUM some edge in this field over other researchers and universities which have started earlier. I have gained some international recognition for my works by being invited as invited speakers at two international level conferences in 2016 in Kuala Lumpur and Ho Chi Minh city, Vietnam. I have also been invited as a speaker at a regional conference in Solo, Indonesia, later in September 2017. On top of that, my contribution was also sought in an encyclopaedia project on Nanomedicine under the auspices of Dewan Bahasa dan Pustaka. I contributed three chapters in this encyclopaedia, slated to be published in 2019. The Islamic Arts Museum has also sought my assistance to contribute by writing several sections for their information book and catalogue on Islamic medical manuscripts for an upcoming exhibition in 2017/2018. In the meantime, I took part actively in the running of the Kulliyyah, notably where Islamisation programme is of concern. I am part of Kulliyyah committee on Islamisation (IOHK) since 2013, and also am the advisor on the Islamic Perspective Lectures Series (TA’WIL 1.0-3.0) as well as speaking on Islamic-Malay Medicine since 2014. For the recently concluded World Congress on Islamization of Knowledge, I presented papers as well as acted as a reviewer for abstracts and full paper submissions. Outside the university, I am a member of International Brain Research Organisation (IBRO). Malaysian Natural Product Society, The Islamic Manuscript Association (TIMA, United Kingdom), and History of Medicine in Southeast Asia (HOMSEA). I am also an associate member of Masharakat Pernaskahan Nusantara (MANASSA), an Indonesia-based organisation. In 2017, I became a founding member of Persatuan Filologi Malaysia (awaiting approval from Registrar of Society), and sits on the committee of a newly-formed Panitia Bertindak Perubatan Melayu, a non-governmental initiative. For my academic achievements, I bagged three awards at Kulliyyah level for the Best Supervisor Award (Masters student), the Best Supervisor Award (Graduate on Time) and the Best Researcher Award.