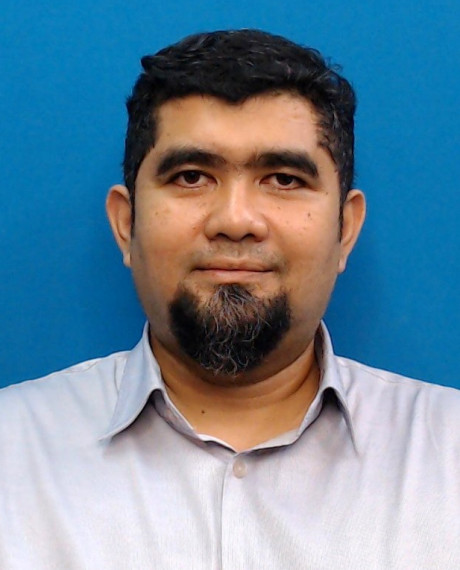 Ir. Dr. Yasser Asrul Ahmad holds a bachelor’s degree in electrical engineering from Vanderbilt University USA, MSc from University Kebangsaan Malaysia (UKM) and PhD from International Islamic University Malaysia (IIUM). He is also a registered Professional Engineer with Practising Certificate registered with the Board of Engineers Malaysia (BEM). He started his career as a spacecraft engineer at Astronautic Technology (M) Sdn Bhd (ATSB) in 1999 where he was involved in various international satellite project collaboration such as TiungSAT-1 with Surrey Satellite Technology Limited (SSTL) UK, Small Payload Orbit Transfer Vehicle Project with AeroAstro, USA, and RazakSAT remote sensing satellite program with Satrec-i, South Korea, as well as internal studies on potential satellite communications and synthetic aperture radar satellite. He specialized in spacecraft transmitter and receiver, antenna system, electrical ground support equipment (EGSE) and ground station for frequencies ranging from VHF to X-band. Later he took up responsibility as a system engineer and project manager involving in satellite system engineering activities, such as satellite Assembly Integration and Test (AIT), launch and ground station ICD development, LEOP and launch campaign. After that, he joined ATM Solution Sdn Bhd a Malaysian technology partner for Agilent Technologies as a Technical Manager overseeing a team of application engineers to provide technical solutions using electronic test & measurement instruments to clients in the segment of Telecommunication, Education, Aerospace & Defense, and Government & GLC institutions. Subsequently, he pursued a career as an independent engineering consultant specializing on CubeSat development for his clients in Malaysia, Singapore and Indonesia. At the same time, he was appointed by University Selangor (UNISEL) as a Lecturer in Practise to share his working experience through teaching undergraduates at the Faculty of Engineering. He was awarded a research grant amounting RM 3.25 Million in 2009 for "High Data Rate QPSK and OQPSK modulation and Digital X-band Transmission System  for Next Generation Earth Observation Satellite (Grant ID TF 1208E164 from MOSTI) as the system designer. He also received a grant amounting RM 69,000.00 in 2015 for the Development of An Open Source Hardware Based Terminal Node Controller for CubeSat Tracking Application (Grant No E0620C1214 from MOSTI) as the Project Leader. He then developed an interest in academic and joined IIUM in 2016 as an Academic Fellow and at the same time pursued his PhD on a part time basis in the field of satellite communication & propagation in frequencies ranging from C to Ka-band and completed it in 2020. He is currently an Assistant Professor at the department of Electrical and Computer Engineering in IIUM. He is also actively involved in community services where he is a corporate member of the Institution of Engineers Malaysia (IEM) and hold a position as the Chairman of ICT Special Interest Group (ICTSIG) for three session (2019-2022). In ICTSIG, activities such as talks & technical visits were organized in the area of IoT, Blockchain, AI, Green Energy, Smart Cities, 5G and programming languages. He also contributes to the country’s engineering education development as an Accreditation Panel for Engineering Accreditation Council (EAC) and Engineering Technology Accreditation Council (ETAC) where he reviews many engineering degree and diploma programmes in Malaysian Universities.