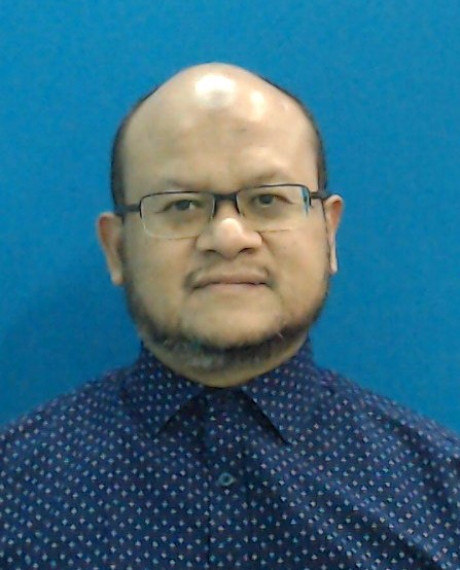 righttop
The areas of specialization of Shamsul Jamili b. Yeob are Arabic Linguistics and Arabic Sociolinguistics. He obtained his first degree in 1994 and Ph.D in 2005 in Arabic Linguistics and Sociolinguistics from the International Islamic University Malaysia (IIUM). He pursued his Master's degree at Leeds University, UK (1996), specialization in Arabic Linguistic Analysis and Semantics.
Shamsul Jamili has been appointed as one of the academic assessors for Malaysian Qualification Agency (MQA) for Arabic Language and Literature since 2009. He represents IIUM as one of the executive committee members in Asian Islamic University Association (AIUA) which was officially incepted in April 2015. He was appointed by Dewan Bahasa dan Pustaka (DBP) as chairman of academic quality control for Arabic textbooks for Standard 4 and 5 and he is also one of the academic assessors for the National Arabic textbooks (Primary level).
He was the Deputy Dean of Admission and Records, IIUM in 2009 and the Dean of Academic Management and Admission Division (AMAD) in 2011. After being the Dean of AMAD for the period of approximately four years, he was seconded to the International Islamic College in March 2014 as its Chief Executive Officer.
Shamsul Jamili is currently an Associate Professor at the Department of Arabic Language and Literature, Kulliyyah of Islamic Revealed Knowledge and Human Sciences and Dean of Centre for Foundation Studies (CFS) at the IIUM since 1st February 2015.