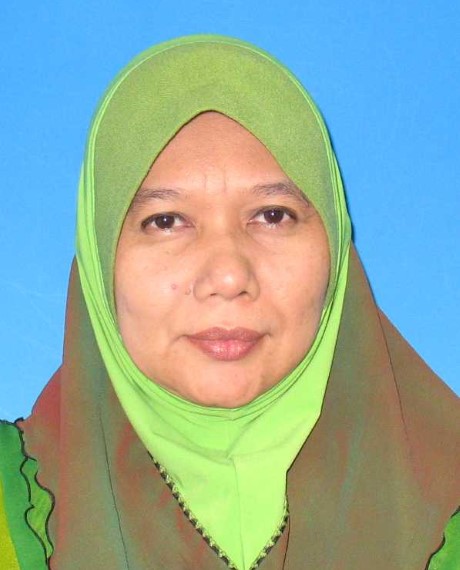 
Asst Prof Dr Norzalifa Zainal Abidin is born in Penang but mostly lived in
Kedah before joining MRSM Seremban boarding school in 1984-1985 and
undergone A level at Seremban in 1996-1987. She continued her first year
in Architecture under Northern Consortium United Kingdom (NCUK) programme
then pursued her studies and graduated for her part 1 and 2 RIBA from the
School of Architecture, University of Central England in Birmingham,
United Kingdom in 1994. She continued practicing architecture in the
United Kingdom and Malaysia till 1998. In 1998, she joined International
Islamic University Malaysia (IIUM) as an academician and researcher in the
Kulliyah of Architecture and Environmental Design (KAED). She then further
her studies in Master in Built Environment and Doctorate Degree in Built
Environment specializing in the Islamic Arts and traditional mosques and
graduated in 2012 from the Faculty of Architecture, Planning and Survey,
Universiti Teknologi Mara, Malaysia. Now she is an active academic member
in IIUM teaching interior design and her recent architectural and interior
design work is the Masjid Ara Damansara in Ara Damansara District,
Selangor. This mosque received a GBI gold certification for its green and
sustainable design approach. She is also currently and actively involved
in the community engagement works in helping the Orang Asli in Gombak,
Selangor, Malaysia. She was also the coordinator of Heritage Studies for
her Department of Applied Arts and Design, KAED between 2011 -2012 and
also involving as part of the coordinating team members whereby the
academic and research works involved visits and studies of arts and
architectural works in Malaysia and other parts of the world ie, Turkey,
China, Korea and Cambodia. Her focus of interest will be on the Islamic
Architecture and Heritage, Islamic arts and Nusantara arts, masjid or
mosque designs be it traditional or modern designs. Her keen interest is
also in charity works whereby she was the Assistant Secretary with Insaf
Malaysia ( an NGO) helping the needy and now actively involved as the
project coordinator for the Projek Warisan Hidup Orang Asli in Gombak
under Yayasan Warisan Negara. She is also actively in two non governmental
organizations which related to the preservation of environment which are
PEKA Malaysia (Pertubuhan Pelindung Khazanah Alam Sekitar Malaysia) as
Vice chairman and the PROTEM Secretary General for GERAK (Pertubuhan
Gerakan Alam Sekitar Rakyat Malaysia.). Her portfolio is more towards
education and advocating research towards the awareness of the heritage of
our environment. She has published a few books and book chapters which
amongst other as listed. For example, one chapter was in the book titled
â€œ Aesthetics in Built Environment , reconciling Culture, Sustainability
and Ecologyâ€ 2015. Others are related to her visit to Turkey which is
â€œArchitecture as a reflection of social structure: A Reminiscence of the
Sulaymaniye Complex in Istanbulâ€ 2010 and Islamic Arts and the
traditional Melaka mosques. Another example of book chapter in the book
titled â€œ Dimensions of Masjid Architecture, Perspectives and Writings on
Theory and Designâ€ 2016. Her research are mainly focusing on related
issues such as â€œEco public Art in pursuit of a sustainable green city
and public spaceâ€, â€œ The Innovative approach and values of the
application of Islamic Art decoration in Green Mosques: a Reflect to its
True Functionâ€, and â€œthe Cultural Heritage of Orang Asli in Peninsular
Malaysia to promote support for Educational, Social and Economic Needs by
the Community â€“ A case study in Kg Orang Asli ( the aborigines) in Batu
12 Bukit Kala, Gombak, Selangor , Malaysia.â€ She has also under done
some additional training such as completed and graduated in Post graduate
Diploma in Islamic studies ( CERDAS) in Kulliyah of Islamic Revealed
Knowledge and Human sciences (KIRKHS, IIUM) in 2016 and also became a
Professional Enterpreneur Educator trained under the Ministry of Higher
Education in 2016.