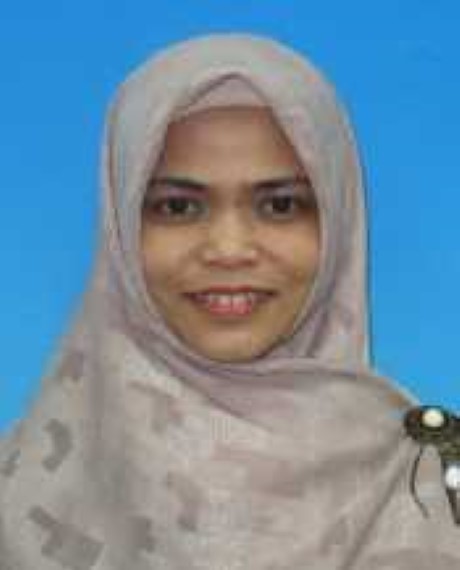 
Currently she is an Assistant Professor at Kulliyyah of Architecture and
Environmental Design (KAED), department of Architecture, International
Islamic University Malaysia. Her first degree in architecture
[International] was obtained from The University of Huddersfield, West
Yorkshire, United Kingdom, in 1998. A team leader in her final yearâ€™s
Comprehend Design Project, in collaboration with the United Nationâ€™s
Rehabilitation Project, comprising of: (1) the City of Fez, and (2)
Essaouirra, in Morocco (A Comprehensive Development for Non-European
Countries). The projects involved developing an Educational Training
Centre for Moulay Râ€™chid district, and a Community Mosque design in the
City of Fez. The project also included the development of a Master Plan
Development Proposals for Essaouirra, Morocco. These two projects are
pivotal exposures for Dr Aida in Islamic architecture and the
Mediterranean community. As an active student, in 1998, along with her
team members, she organised the 5th Malaysian Architecture Students
Association (MASA) in the UK and Eire Symposium at the University of
Huddersfield; a secretariat member of the organisation from 1997-1998. At
the beginning of 1999 she returns to Malaysia to practise in local
architectural firm before joining IIUM at the end of the year to fill the
void for an assistant lecturer in architecture at KAED. She later pursue
her masters study in architecture in 2001, followed by a PhD in
Architecture, which she graduated without any correction in 2007. Dr
Aidaâ€™s passion in architecture is to instil an innovative and holistic
approach towards architecture and the built environment in teaching and
research developments, towards establishing quality and sustainable built
environment for contemporary society. Hence, her research interests
revolves around heritage architecture, and architectural experience, with
the main aim to revive the qualities and values of cultural meanings in
the physical manifestation ofMalaysian architectural identity. Throughout
her 17 years of teaching the BSc. and B.Arch undergraduate programme
studies, she has taught various subjects such as the Architectural Design;
Building Construction and Material, 1, 2, and 3; Theory of Architecture;
History and Theory of Architecture of Southeast Asia and East Asia;
Working Drawings and Specifications; Topical studies, Design Thesis,
Ecological and Sustainable Design, Architectural Graphics,
Multidisciplinary Project, and Heritage Studies. In her service to
students, she is also actively involved with architecture studentsâ€™
activities as she has been the departmentâ€™s Competition, Events and
Exhibition committee member, holding the positions either as chairman,
vice-chairman and advisor for Archais students society until now.
Administratively, she has been holding the Academic Advisor position from
2009 until 2016. In the international research arena, she had done here
sabbatical leave in Finland, in 2011 for a collaborative research with
JyvÃ¤skyla University on Eco-Vernacular housing, focusing on the works of
Wivi LÃ¶nn, the Finnish woman emancipator architect in the 1900s. Her
research findings were published in the e-proceeding of the ISSEI
conference, June, 2013, in Cyprus. She had also presented a paper,
entitled, â€œInnovative Sustainable Livelihood Mixed Urban Residential
Development in Kuantan Waterfrontâ€ at Harvard University for the
International Multidisciplinary Academic Conference, in May 2014. The
paper was published in December 2014 in the Journal of Humanities and
Social Sciences Review, published by the UniversityPublications.net.
Locally, her interest in Heritage architecture has also contributed to the
publications of her manuscripts, â€œRumah Datuk Setia: Melancholy of A
Legacyâ€, IIUM Press, 2013. In 2014, she had supervised another group of
graduating students in the study of Masjid Jamek Sultan Ismail, Muar,
Johor for the Heritage Study. Another of her collaborative paper with her
fourth year student, on Experiential Architecture, entitled, â€œPioneering
Experiential Architecture in Pre-School Childrenâ€™s Education in
Malaysiaâ€ has been published in UKMâ€™s Design + Built Journal, December
2014 publication. She is currently supervising a masters students on the
topic: â€œRedefining Endogenous Bugis Malay Architectural Identity in
Contemporary Johorâ€. Upcoming publications are from ICABE 2016
conference on the Use of Mobile Augmented Reality for Heritage Restoration
of RUmah Datuk Setia in Perak, and two more related subjects. Hitherto,
she is also a co-founder for Architectural Media Unit Research Team,
founded in 2016at KAED, IIUM exploring on the use of technologically
advanced tools such as Mobile Augmented Reality in Architectural
Education. Now, she is actively involved is ISLAH 2017 conference
organised by KAEDâ€™s research Cluster, IsArch (Islamic Architecture
Heritage).