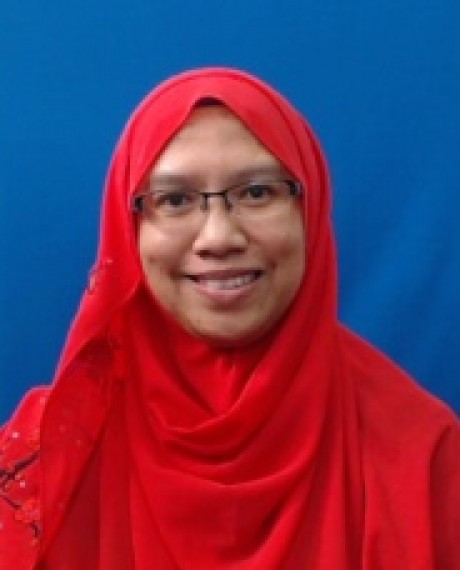 Asmeza Arjan holds a Masters degree in English as a Second Language (M.Ed. TESL).She has joined IIUM since 2001 as a CELPAD teacher. For the past 16 years, Asmeza has held several administrative positions at CELPAD as well as for the Centre for Foundation Studies. Among the administrative posts are like the Advisor for English Language Society, Chairman of Language Enhancement Programme, Assistant Course Coordinator 0620, Course Coordinator for LEM 0620, Fellow Mahallah and Principal Mahallah.
Asmeza also has been invited to be the speaker in several occasions such as EPT Writing Workshops and TDU Sharing sessions for English Language Teachers/Lecturers as well as for Academic Talk and Leadership Training for RMDD and STADD programmes in CFS. She had become the mentor for a few English Writing Competitions like Maybank Perdana Writing Competitions and UNESCO Writing Competition.
In 2011 and 2012, Asmeza had become one of the Accompanying Officers for Community Programmes to Poi Pet, Cambodia during the mission to set up the first Islamic Resource Centre for Muslim community at Darul Ulum, Poi Pet Cambodia.
Presently Asmeza is holding an administrative post as Assistant TEMU in ELD, CELPAD Gombak since January 2017.