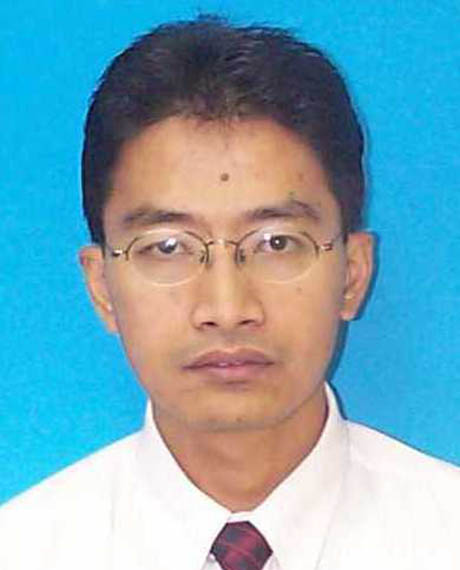 Associate Professor Dr. Ahmad Razali Md Ralib graduated from University of Malaya in 1995, then completed his housemanship training in Hospital Taiping, Perak in 1996. In 1996, he served Hospital Sibu, Sarawak as a medical officer in medicine, pediatrics and anesthesiology. In 1998, he served Hospital Betong, Sarawak as a district medical officer and hospital director.
In June 2000, he enrolled for the Master in Medicine (Radiology) programme with the School of Medical Sciences, University Science Malaysia and spent four years of training in Hospital University Science Malaysia, Hospital Kota Bharu and Hospital Kuala Lumpur. At the end of four years, he was awarded the Master in Medicine (Radiology, USM) degree in June 2004 after which he returned to Kuantan, to serve the Kulliyyah of Medicine, IIUM and Hospital Tengku Ampuan Afzan, Kuantan as a specialist in radiology.
Dr. Ahmad Razali is actively involved in the teaching of undergraduates of medicine since 2004, and is also involved in the teaching of outcampus postgraduate radiology students from USM, in Hospital Tengku Ampuan Afzan, Kuantan since 2006.
In 2008, he went for his clinical fellowship in endovascular and interventional radiology in University Kebangsaan Malaysia Medical Centre. When he came back, he started the interventional radiology services with the brand new biplane angiography services in Hospital Tengku Ampuan Afzan. The unit received many referrals from other hospitals in Pahang and Trengganu.
Currently, he is the head of department. The department had since started its own Master in Medicine (Radiology) programme in 2015. He had been actively involved in the development of the programme together with the other members of the department.
He is also involved in research and publications. He had published more than 15 articles in various local and international journals. The publications range from general radiology to interventional radiology. He is often invited as a speaker to various radiology and medical conferences throughout the country.