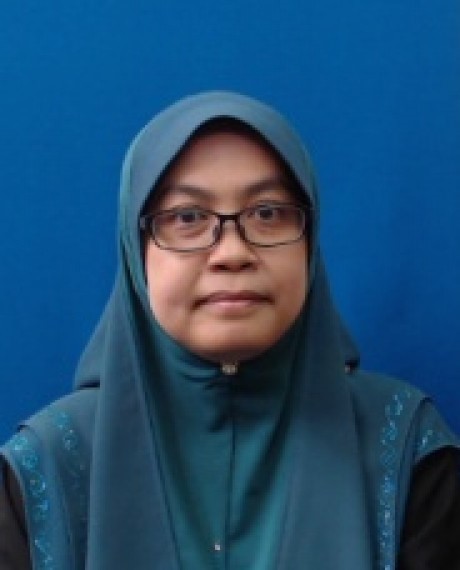 
Marzidah Hashim has obtained both her Bachelor of Arabic Language & Literature and Master of Arabic Linguistics from IIUM. Currently she is working as an Arabic Language lecturer in Quranic Language Division, CELPAD Gombak IIUM.
For the past 21 years, she has held several administrative positions at CELPAD. She is currently the Coordinator of Curriculum Development Management and Materials Production Unit (CUDMAMPU) for Quranic Language Division, CELPAD IIUM.
Aside from dedicating her time for the division, she is also active in language and education conferences at both national and international levels. Her works have been published in the Dirasaat Fi Istiratijiyyat Ta'allum Al-Lughah Al-Arabiyyah by IIUM Press Press and International Journal of Science Commerce and Humanities. She is also a co-author of Al-Farid Dictionary and Al-Farid Junior Dictionary that are published by Telaga Biru Sdn.Bhd. In addition, she co-authored a 6-books series, Latihan Pengukuhan Bahasa Arab Tahap 1-6 that is published by Al-Hidayah House of Publishers Sdn.Bhd. Her latest contribution in the non-academic publication is the Al-Quran Al-Karim dan Terjemahan (Al-Ghufran) and Al-Quran Al-Karim dan Terjemahan (Al-Kamil) which are both published by Telaga Biru Sdn.Bhd.
On top of that, she has won several awards through her participation in the IRIIE, i-Inova, K-Novasi and  IUCEL where she has received Bronze & Silver Medals in the IRIIE 2012, Bronze & Silver Medal in IRIIE 2013, Bronze Medal in the i-Inova 2014, Silver Medal in the IUCEL 2018 and finally, Bronze Medal in the K-Novasi 2019.