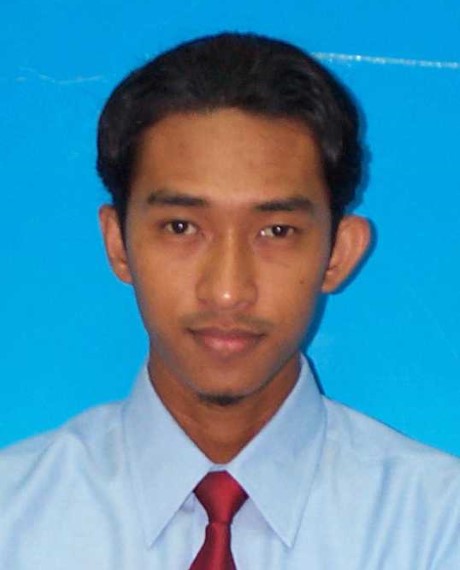 
Shamzani Affendy Mohd Din - Born in Perak, Malaysia on 14th July 1977. He
graduated with Bachelor Degree of Engineering (Civil)(Hons.) and Master
Degree Engineering in Civil-Environmental Management from Universiti
Teknologi Malaysia in 1999 and 2001 respectively. He has served 10 years
with Department of Building Technology and Engineering at Kulliyyah of
Architecture & Environmental Design, International Islamic University
Malaysia since November 2001. Obtained his Ph.D in Civil Engineering from
Cardiff School of Engineering, Cardiff University, UK on March 2007 and
has been promoted to the post Assistant Professor in 2008. Specialising in
collection and characterisations of airborne particulates; environmental
engineering & management; indoor air quality (IAQ); environmental
materials analysis; and also in environmental tourism carrying capacity
(ETCC). Previously he was seconded to Centre for Built Environment (CBE),
one of IIUM strategic business unit (SBU) as Deputy Director from June
2007 â€“ May 2011 (4 years) and been promoted as Director of CBE in June
2011 till June 2012. Currently, he has been appointed as academic advisor
for 2 post graduate programme i.e. Master of Science in Building Services
Engineering (MSBSE) and Master of Arts in Assets and Facilities Management
(MSAFM). He also very actively involved in research, publications and
supervising undergraduate and postgraduate students, as well as reviewing
numbers of journal and conference papers in few refereed journal at
national level. He also member of International Islamic Heritage and
Sustainable Conservation (IIHSC) research cluster, a graduate member of
Board of Engineer Malaysia (BEM) and member of International Society of
Indoor Air Quality and Climate (ISIAQ). In 2011, he has been appointed as
one of board of editorial for Journal of Planning, Construction and
Management (JAPCM) and Journal of Universal Design in the Built
Environment (JUDBE). He also has reviewed more than 50 journals and
conference papers from National and International levels through his 15
years academician career with International Islamic University Malaysia.
Recently, he had been appointed as Programme Coordinator for MasterClass
Certificate in Professional Photography & New Media under IIUM Centre for
Strategic Continuing Education & Training (CRESCENT IIUM), where he had
been jointly developed together with DinArshad Academy. In 2012 he has
been appointed as one of group expert to review the National Ambient Air
Quality Standard Malaysia (NAAQSM) by Department of Environmental (DOE),
Ministry of Natural Resources and Environment Malaysia. On consultancy
area, during his tenurship at CBE, he has been appointed as Project
Management Consultant (PMC) for numberous IIUM new buildings and Interior
Design (ID) for several renovation works with IIUM Development Division.
He has also been appointed as Civil & Infrastructure consultant for Master
Plan of Bako, Sarawak under the State of Sarawak, Economy Planning Unit
(EPU) and also appointment as Design Advisor for DSA Development Sdn Bhd
for a RM2Billion GDV Development at Bukit Tinggi, Pahang Darul Makmur in
2016. His latest appointment was as one of the Advisory Committee Member
for Car Museum Project of IIUM under Endowment Trust Fund (ETF). In
research, he had completed 8 grants and in progress 10 grants ranges from
Endowment Fund A, Endowment Fund B, RAGS, FRGS, and MIRGS amounting
RM734,000 between year 2009 to 2017 respectively. Latest achievement was
as one of co-researcher together under KAED Universal Design Unit (KUDU)
by completing of 4 manuals & policy papers under Department of Social
Welfare, Ministry of Woman, Family and Community Development i.e. i.
Registry of Access Consultants, Access Auditors and Access Advisors; ii.
Manual Access Audit; iii. Manual Disaster Emergency Preparedness for
Person with Disabilities; and also Local Authority. On 20th December 2016
also, he had be awarded a Research Initiative Grant Scheme (RIGS) grant
worth RM20,000 by Research Management Centre (RMC), IIUM with the title
â€œThe Characterisations of Airborne Particulates Soiling Defect Toward
Museum Artefacts.â€ He has won 3 bronxe and 1 silver awards during the
IIUM Research, Invention and Innovation Exhibition (IRIIE) in 2012 and
2013 respectively. He had also won award on Department Best Indexed
Journal Articles during IIUM Research, Invention and Innovation Exhibition
2015 and Outstanding Contributor Journal Articles Indexed in Scopus & WOS
during IIUM Celebrating Research Excellence and Achievement Month 2016
(CREAM 2016). Recently, he has been awarded the Long Service (15 Years)
Award at IIUM Staff Appreciation Ceremony 2016. In community services to
IIUM, he has been representing the university in Mixed Tennis Team event
during the Intervarsity Games and Sukan Badan Berkanun since the year 2002
until present. His highest achievement was winning the Best Sport Team
Award during IIUM Quality Day 2016.