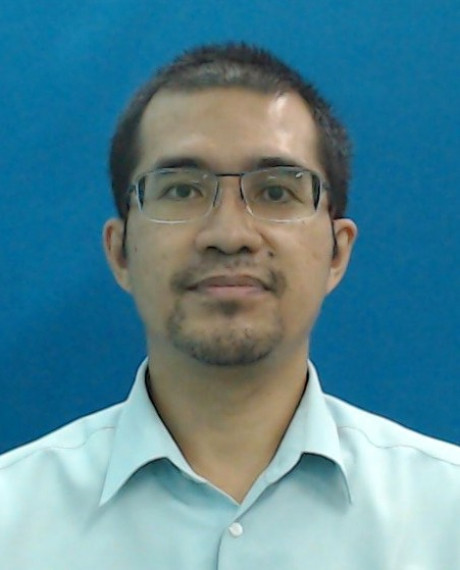 Dr. Khairul Azami Sidek, a graduate of the International Islamic University Malaysia (IIUM), started his career as an Assistant Lecturer at the Department of Electrical and Computer Engineering (ECE), Kulliyyah of Engineering, IIUM in 2004. In 2007, he was appointed as a lecturer in the same department after completing his Master's degree in University Kebangsaan Malaysia.
Later, in 2014, he was appointed as an Assistant Professor after finishing his PhD studies in RMIT University, Melbourne, Australia. In August 2018, he was promoted to the post of Associate Professor in the same department. His area of interest is in the field of biometric recognition, pattern recognition and biomedical signal processing.
For his bachelor's degree, he received the Rectors Award for his outstanding contribution in co-curriculum activities in the national level during the 20th IIUM Convocation Ceremony in the year 2004. In the same ceremony, he represented the graduates by presenting the Valedictory Speech entitled “Facing the Future Challenges with Moderate Islam and Soft Skills”.
As an undergraduate, he was the President of the Engineering Students Society (ENGINIUS) in the year 2002 until 2003. Later, when he pursued his PhD, he was elected as the President of the Victoria Malaysia Postgraduate Association (VMPGA), Australia and closely worked with the Education Malaysia Australia (formerly known as Malaysia Students Department Australia).
He has published more than 60 articles in journals and conference proceedings in ISI/Scopus indexed manuscripts since 2010. He has become committee members and session chair in several international academic conferences and also reviewers of international conferences and reputable journals such as IEEE Transactions and Elsevier journals. He has supervised more than 40 Final Year Projects for undergraduate students and a main supervisor for more than 15 postgraduate students. Due to this, he was the recipient of the Kulliyyah of Engineering IIUM Postgraduate Supervision Excellence Award 2018, the top 10 postgraduate supervisor of IIUM in 2018 (under the category of lecturers who are below 40 years old) and awarded among the best Final Year Projects in the ECE department for the year 2014, 2016, 2017 and 2018. In 2014, he was selected as one of the recipients of the RMIT University Publication Award 2014 winner in recognition for his excellent publication contribution during his PhD study. In 2016 and 2018, his papers were chosen as the winner for the Best Paper Award in two international conferences. He has been receiving funding for more than 10 research grants in the university and national level worth more than RM 500k.
A year after reporting duty in IIUM from his PhD studies in 2014, he was appointed as the Information and Communication Technology (ICT) Coordinator for the Kulliyyah of Engineering which deals with ICT matters of the faculty. Later, in 2016, he was appointed as a member of UTICTEC (University Technical Information and Communication Technology Committee) for IIUM which caters with ICT related matters in the university until now. In 2017, he was appointed as the Deputy Director for the Office of Industrial Links in IIUM which has the responsibility of liaising the industry with the university until now.
Periodically, he facilitate undergraduate students in the Kulliyyah of Engineering by becoming an advisor, invited speaker and judge in various programs and competition local and internationally. In 2015, he joined the Parents and Teachers Association of Sekolah Rendah Islam Al Huda and was elected as the Deputy President of the association until March 2019. He has been actively involved in various activities jointly organized by the school and the association such as annual sports day, entrepreneurship day, Eid gathering, student award giving ceremonies and related discussion with teachers and parents to better improve the school in various matters and fields.