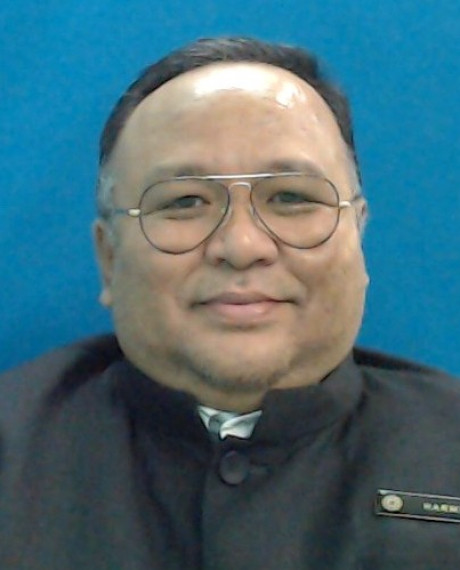 Director, Office of Communication, Advocacy and Promotion for Change

Harmi Taazim Mohamad graduated from International Islamic University Malaysia in 1995 in B.Hsc English Language and Literature.  Soon after he joined one of the conglomerate company in Kuala Lumpur as a Public Relations Executive.  He began his long career in Sports Broadcasting as a Sport Boardcast Journalist with TV3 in 1996.  Within a year he was promoted to be TV3's sports newsreader in Buletin Utama.  A year later he became the host and commentator for sports programme.  With TV3, Harmi had the opporttunity to host some major sports programme such as FIFA World Cup 1998, EURO 2000, FIA Formula One Grand Prix and World Motorcycle Grand Prix (motogp) to name a a few.  He also produced sports programmes for TV3.
Harmi was a Recipient of British Chevening Award where he went on to complete his master degree at University of Birmingham City, UK, in 2001 in the field of Media Production Specialised in television production.
He left TV3 in 2003 and became Marketing and Content Director at one of the local productions and event house, catering clients from all over the world.  Harmi joined RTM as a freelancer in the same year and with RTM Sports, he hosted and commentated Olympic Games (Athens 2004, London 2012 and Rio 2016), numerous editions of Commonwealth Games, Asian Games as well as SEA Games.  He also continues being the host for FIA Formula One Grand Prix and World Motorcycle Grand Prix (motogp) and this time for RTM Sports.
In 2015, Harmi joined FOX Sports Asia as freelance commentator doing commentary for FIA Formula One Grand Prix and World Motorcycle Grand Prix (motogp), German Football League (Bundesliga).  He is still the voice of motor racing programmes in Malaysia as he is the commentator for PETRONAS Malaysian Cub Prix and the track commentator for Sepang International Circuit.
Harmi joined IIUM as a lecturer in 2009 and completed his PhD at UiTM Shah Alam in 2016 in the field of Mass Communication.  He is currently the Director of Office for Communication, Advocacy and Promotion for IIUM and an Assistant Professor at the Communication Department, Kulliyyah of Revealed Knowledge and Human Sciences (KIRKHS)