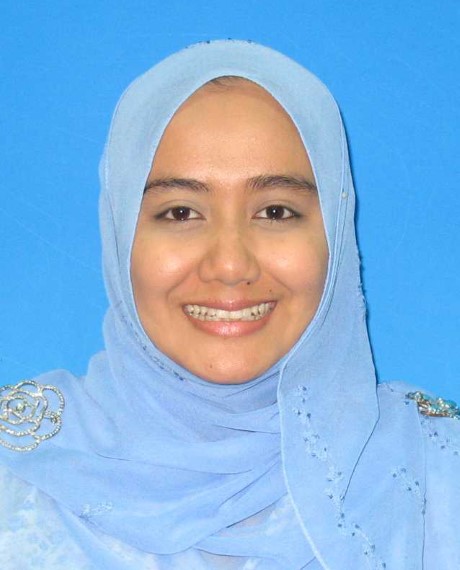 
Siti Aliza Alias graduated with a Bachelor of Laws (LL.B (Hons)) from International Islamic University Malaysia (IIUM) with a 3.8 CGPA (1st class degree equivalent) and was the recipient of the University’s Best Overall Student Award at the 22nd IIUM Convocation, 2006. She also holds a Master’s Degree, the Bachelor of Civil Law (BCL) from the University of Oxford and received the Oxford Centre for Islamic Studies (OCIS) scholarship. In Oxford, she completed assessment modules in Commercial Remedies, Restitution of Unjust Enrichment, Philosophical Foundations of the Common Law and Law and Society in Medieval England. She was admitted to the Malaysian Bar as an Advocate and Solicitor of the High Court of Malaya in 2007. She practiced law as a civil and commercial litigator in a reputable law firm in Kuala Lumpur before later joining the Ahmad Ibrahim Kulliyyah of Laws (AIKOL) IIUM as a Lecturer after completing her Master's. She teaches Law of Contract, Law of Torts, Legal Methodology and Compulsory Moots under the Legal Practice Department. Her expertise is in the area of Contract Law, Commercial Law and Commercial/Civil Remedies, Unjust Enrichment/Restitution, Legal Skills, Mooting and Legal Advocacy, Law of Obligations, Tort Law, International Law and Legal Theory. Her research interest lies in those same areas, and also extend to Bioethics, Constitutional Law and Human Rights, and Islamic Law.

For research and consultation, she had been chosen as the Malaysian representative for the ASEAN Integration Through Law Research Project under the auspices of Centre for International Law (CIL) of National University of Singapore (NUS) jointly with New York University (NYU) (2011-2013). She was also the Country Reporter for Malaysia at the CIL International Maritime Crimes Workshop in Singapore (2011) and the Legal Consultant & Researcher on Malaysian Commercial Land Law and Land Utilization for a Research Project by the Siam University and the Council of State of Thailand (2014). She was a co-researcher for a national research grant (RAGS) pertaining to the proposed legal framework for the use of left-over embryos in Assisted Reproductive Technology (completed 2016), the principal researcher for an IIUM research grant on Unjust Enrichment, and was the recipient of IIUM’s Gold Award for her research on unfair contracts (IRIIE 2013). In 2019 she was one of four people in South East Asia chosen as Research Fellow at the Asian Law Institute (ASLI) of National University of Singapore (NUS), undertaking and presenting a research titled "The Law of Unjust Enrichment and Restitution in Malaysia: A Search for Principle, Post 'Dream Property'". She is currently pursuing her PhD in the area of law of unjust enrichment and restitution since September 2019.

She has co-authored a book on Mooting (titled All You Need to Know about Mooting) which is used as a textbook for the subject Compulsory Moots (LAW2020) since 2013. She is also the English translator for books published by Institut Terjemahan & Buku Malaysia, ITBM (Mengangkasa Pengajian Tinggi by Prof. Dato’ Dr. Zaini Ujang and Politik Baru by Dato’ Saifuddin Abdullah). She has also published extensively chapters in edited books as well as articles in legal journals on unfair contracts, unjust enrichment, surrogacy law, human embryonic research from shariah perspectives, gender equality, religious rights, judicial review, Law Corporation and Limited Liability Partnerships. She has also presented papers at numerous conferences, local and international, on unconscionability in commercial contracts, right to assemble under Peaceful Assembly Act 2012, prisoner’s rights under International Human Rights Law and Islamic Law, common law concept of Professions, Private Legal Practices Entities in Malaysia and Singapore and on the regulation of the use of left-over embryos for scientific research in Malaysia.

In 2016, she was one of five Malaysians (which included YB Syed Saddiq) who were chosen by the Australian Department of Foreign Affairs and Trade for the Malaysian Muslim Young Leaders Program in Australia. In 2017, she was chosen as a member of WWM (Women With a Mission), a 2-year leadership program of MyWIN Academy (Women In Innovation) under the Prime Minister’s Department. She is a member of the Inns of Court Malaysia (ICM) and a member of the Malaysian Consumer and Family Economics Association (MACFEA). As a former Jessup mooter who represented Malaysia and won 1st Runner-Up at the International Championship Round 2005 in Washington DC, she has been actively coaching and training IIUM students for international mooting competitions in the area of public international law since 2011. She is very passionate about advocacy and oratory skills training of students.

She served as the Director of IIUM World Debate and Oratory Centre (IWON) 2018-2019 and is instrumental in developing the IIUM Public Debate Series program (Re:Action, Youth Engaged) with the Ministry of Youth and Sports (KBS), amongst other key initiatives that further elevated the Centre from being a debate and public speaking training ground for IIUM students, into having a wider nationwide reach. She also served as an EXCO member of IIUM Academic Staff Association (ASA) 2018-2020.