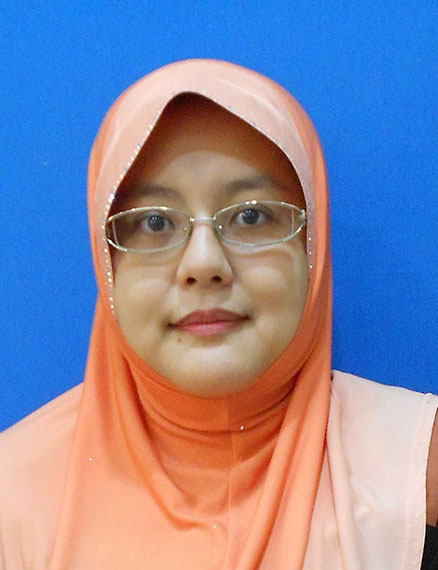 Asst. Prof. Dr. Aidila started housemanship training at Hospital Taiping in 1996, later served Hospital Kemaman as a medical officer from 1997-2000. She set up a Hemodialysis Centre there.
She completed her post graduate studies at UKM in 2004 with her thesis "Visual Assessment in Vocational Drivers at Padang Jawa RTD" which assesses vision in bus drivers, taxi drivers and drivers with Goods Driving License.
Subsequently, she worked in Hospital Seremban for six months before moving to Hospital Tengku Ampuan Afzan (HTAA), Kuantan to complete her gazettement in December 2004.
She started training in Vitreo-retina (VR) in HTAA in 2006. She went for a one year training in VR in Hospital Selayang in 2007 before coming back to work at HTAA. She went for a one year attachment in Tan Tock Seng Hospital in Singapore under Assoc. Prof Lim Tock Han and group. The attachment not only covers VR but also medical retina and uveitis. She was then exit certified in Vitreo-retina Subspeciality in 2009.
Since becoming an ophalmologist, she has trained six Master's students as well as gazetting ophthalmologist. A vitreoretinal service at HTAA also includes treatment of Retinopathy of Prematurity in premature babies to prevent blindness.
She resigned from the Ministry of Health in 2013 to join IIUM. However, she still serves the HTAA VR clinic and operation as she is the only VR surgeon in the state of Pahang.