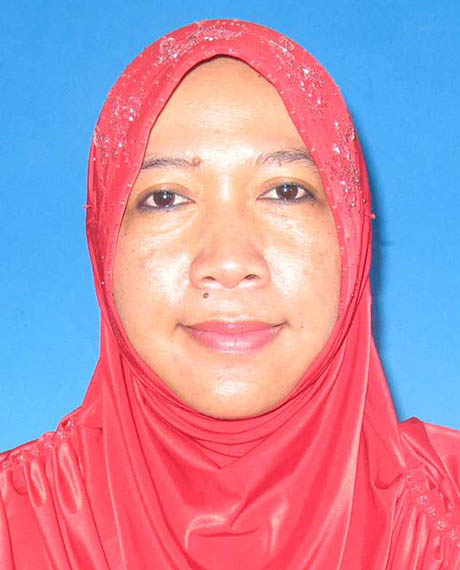 BETANIA KARTIKA is currently an Assistant Professor and the Head of Halal Awareness, Information and Outreach at the International Institute for Halal Research and Training (INHART). She had previously served the Institute as a Deputy Director of Academic and Training (2015 and 2016), and Head of Academic and Student Affairs (2017 and 2018). She had started teaching professionally in 1994, at the National University of Modern Languages (NUML) and Federal Institute of Modern Languages (FIML) Islamabad Pakistan. Prior to teaching in NUML and FIML, she was a private tutor of Qur'anic and Islamic Studies for the family of the former President of Islamic Republic of Pakistan, HE Farooq Ahmad Khan Leghari (1993-1994). In 2000-2006 she was a Principal of the Indonesian Muslim Foundation Saturday Islamic School which was affiliated with the General Consulate of Republic of Indonesia in Los Angeles. She was a volunteer for the Curriculum Unit at the Bureau of Islamic and Arabic Education (BIAE) at New Horizon School located in Los Angeles and Orange Counties, Southern California , U.S.A. (2004-2006). Betania held the roles of Head of QISA (Qur'an, Islamic Studies and Arabic), as well as the Vice Principal Academic and Principal of International Islamic School Malaysia Primary (IISMP), between the years of 2007-2014. She was a co-author for Islamic Studies Textbooks used by IISMP from 2013-2017. Since joining INHART in 1994, Betania has taught "Fiqh for Halal Industry" for Postgraduate students,  and "Ethics and Toyyiban Concepts in Halal Industry" for the student of KHIRKS. Since 2017 she has been appointed as the external assessor for Diploma in Halal Industry Management by International Islamic College (IIC). Betania obtained her BA (Hons) in Usuluddin (1993) and Master of Arts in Tafsir Hadith (1997) from the International Islamic University Islamabad, and he PhD in Qur'an Sunna (2013) from the University Malaya. Currently she is an active researcher and her research interests are in the field of Thematic Exegesis and Science of Hadith related to the Fundamentals of halal and haram,   halal laws, halal consumerism and ecosystem, contaminated halal animals (Al-Jallalah) and currently she is working on the Projects of Muslim Friendly Oriental Medicines, Aquaculture Farming and Geopark Tourism. She Received the grants from the Ministry of Higher Education Malaysia to do the research and publish the articles. Betania was awarded a Distinguished Scientist in Animal Feed by Venus International Foundation in 2018. She is a member of Editorial Board for Journal of 'Halal Industry and Services' and 'International Journal of Halal Research'. She has presented papers on Halal issues in forums, conferences, seminars and symposiums, spoken as a keynote speaker, conducted halal awareness programs, engaged with communities in halal Outreach, nationally and globally. She appeared on broadcast  media such as national Malaysian television channels and radio; to talk about the output of her research on "Al Jallalah and halal animal feed". Betania is a member of IIUM flagship focusing on Socialization and Community Engagement as well as a member of Shariah Board for TIHCA (Taiwan-INHART Halal Certification Authority). She is a certified halal trainer (Halal Professional Board)by JAKIM and a certified professional trainer by Pembangunan Sumber Manusia Berhad (PSMB) also known as Human Resources Development Fund (HRDF). She has conducted several Halal training organized by INHART in Malaysia and various other countries. Betania's interest in Oriental Medication practices, led her to become a certified therapist for Prophetic Cupping by Persatuan Perubatan Islam Hijamah Malaysia (PERHIJAM) in 2016, and certified master trainer and therapist of Korean hand Therapy (Koryo Sooji Chim) by the Institute of Korean Hand Therapy, Seoul Korea in 1992.