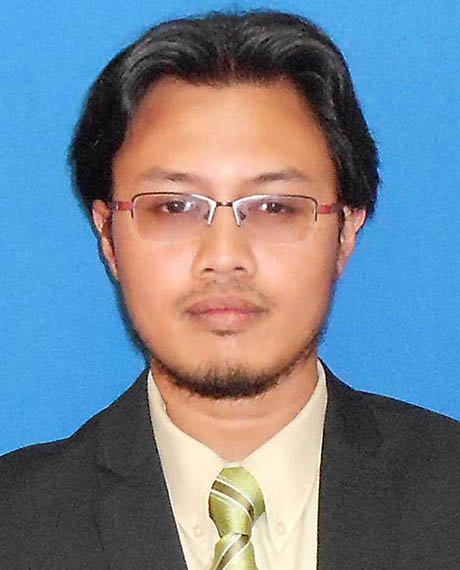 
Ts. Dr. Mohd Hafiz Arzmi was born on the 19th of April at University Malaya Medical Centre (UMMC), Kuala Lumpur.  He is a very passionate Muslim microbiologist and immunologist, an expert in polymicrobial interactions, biofilms, microbiome, probiotics, and oral carcinogenesis.  He is currently the Deputy Dean of Student Development and Community Engagement, Kulliyyah of Dentistry, IIUM, the Vice-President for Malaysian Society for Oral Microbiologist and Oral Immunologist (MySOMOI), the full member for Young Scientist Network Academy of Science Malaysia (YSN-ASM) and the executive member for International Association for Dental Research (IADR), Malaysian Section.  He is also the Head for Cluster of Cancer Research Initiative IIUM (COCRII), leading in a transdisciplinary study in cancer research in the East Coast Malaysia. He is also the founder of B-Five group to support young researchers at IIUM Kuantan Campus.  He was former the Head of Grant Management Unit, Research Management Centre, IIUM.
Since 2008, he has been working on Candida species which has been reported to involve oral carcinogenesis at the Faculty of Dentistry, the University of Malaya under the supervision of  Professor Dr. Wan Himratul Aznita and Professor Dr. Fathilah. During his MDSc., he discovered the important role of phenotypic switching in the pathogenicity of Candida spp. His study has been presented at local and international conferences, including IADR and New Zealand Microbiology Society conferences.
In 2012, he continued his journey to find the relationship of polymicrobial infection to the development of oral cancer at Melbourne Dental School, The University of Melbourne, Australia under the supervision of Professor Michael McCullough, Professor Stuart Dashper, Professor Nicola Cirillo and Professor Neil O'Brien-Simpson, which he had successfully linked the development of oral cancer to polymicrobial interaction of Candida albicans, Streptococcus mutans, and Actinomyces naeslundii.  He has been actively publishing in many journals and newspapers in microbiology, immunology and ethics.  He is currently supervising post-doctoral, PhD, Masters and Final Year Project (FYP) students, both local and international.  He has secured various prestigious national, international and industrial grants including Fundamental Research Grant Scheme (FRGS) and Prototype Research Grant Scheme (PRGS).  As a Daei', he has contributed to disseminating Islamic knowledge to many people around the globe.  He has been the spiritual leader of many communities in Melbourne including Australian Malay Foundation, MECCA, Sri Lankan Islamic Society Melbourne and many more.  He was also the Imam for many mosques in Victoria including Masjid Al-Fateh, Coburg and Brunswick Mosque, Melbourne.    Currently, he is also the Imam at Sultan Haji Ahmad Shah IIUM Kuantan Mosque.
"Be the best as you can, as the paradise is waiting for you" has been the key to his success.