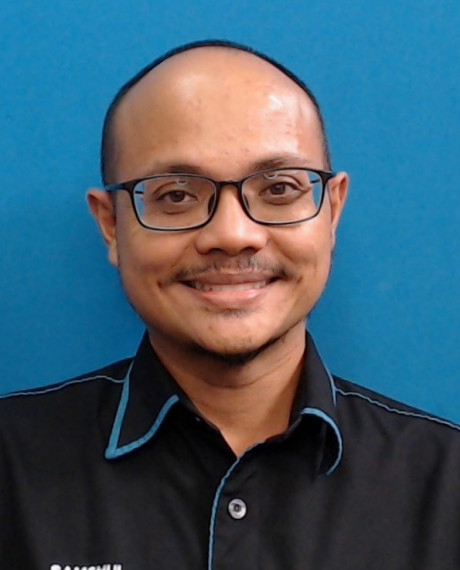 KULLIYYAH OF LANGUAGES AND MANAGEMENT

Assistant Professor Dr. Samshul Amry bin Abdul Latif is currently attached with the Department of Tourism, Kulliyyah of Languages and Management, International Islamic University Malaysia (IIUM) in Pagoh campus since 2017. He graduated from the University of Otago, New Zealand in 1999 and started his career by joining a private limited company in Kuala Lumpur right after graduation, involving sales and marketing of consumer goods. He moved on to another private company with similar portfolio but was later absorbed into agriculture and palm oil plantation consultation department. He was then promoted to managerial level after three (3) years.

After that, he served in a Government-Linked Agency, Perbadanan Nasional Berhad (PERNAS) under the Special Programmes Department which he handled the operations of Women and Graduates Development Franchise Programme. After two (2) years, he was appointed as a vice president of a private limited company handling investments of oil and gas facility (Labuan), silica (Yemen) and coal (Mozambique). After a short stint, he moved on join a family-owned agriculture project in Kuala Nerang, Kedah involving cash crops and fruits. While working, he pursued his Master degree and graduated from Universiti Utara Malaysia (UUM) in 2012.

He pursued his doctorate in 2012 and was appointed as a research assistant to his Ph.D Supervisor. Prior to his graduation in 2016 from UUM, his articles were accepted in several international conferences including Malaysian Social Science Association Conference and Australia New Zealand International Business Association Conference, among others. His research articles were published in several renowned Scopus-indexed international journals including Journal of Islamic Marketing and Asia Pacific Journal of Marketing and Logistics, and others since 2016. He actively reviews journal articles from Journal of Islamic Marketing, Emerald Emerging Case Studies, Asia Pacific Journal of Marketing and Logistics, The CASE Journal among many others.

His area of interest include destination marketing, tourists’ behavior, tourism marketing, consumer boycott, consumer racism, consumer ethnocentrism, and consumer animosity. He won the ‘2017 Emerald Literati Award for Highly Commended Article’ from the Journal of Islamic Marketing and won 4th place in Emerald-UUM Case Writing Competition in 2015. Together with his Final Year Project student, he won second (2nd) best tourism paper in the ICLET 2021 conference. Among the research grants he secured was the Jamalullail Research Grant Scheme, Research Grant financed by Malaysian Palm Oil Council, and Research Initiative Grant Scheme. He actively participates as a team member for six (6) other research grants and sponsored research at national level. He currently supervises a master research student in the International Institute for Halal Research and Training (INHART) and a PhD. student in his alma mater as an external supervisor.

Currently, he leads the Malay Food Heritage Branding flagship project under the university and is recently appointed as the Deputy Dean of Postgraduate and Responsible Research in the Kulliyyah of Languages and Management. He is also active in extra curricular activities namely in martial arts and music, where he is appointed as the advisor for IIUM Shitoryu Karate Club (Pagoh) and InPAC Music.