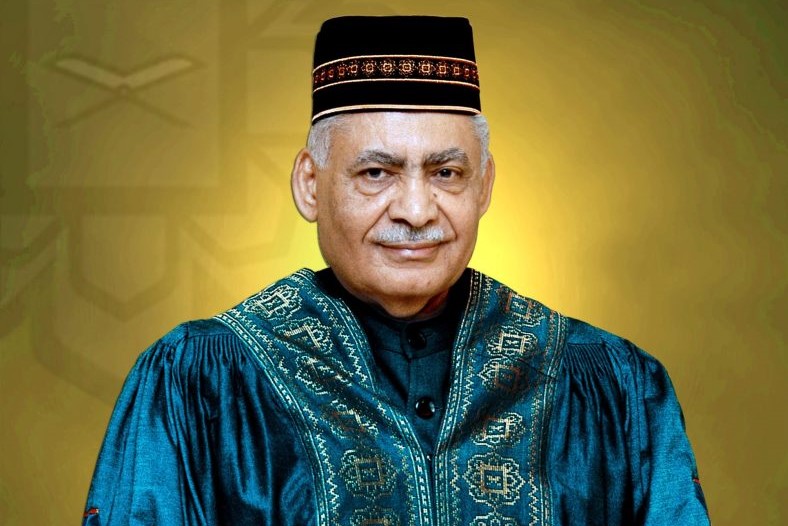 The Muslim community, academicians, Islamic scholars, researchers and the ummah at large were saddened by the loss of Prof. Emeritus Dato’ Dr. Abdul Hamid A. Abu Sulayman, one of the best known contemporary scholars in the Muslim world, with vision and commitment for the advancement of the Muslim ummah. who died recently at the age of 85.

Prof. Emeritus Dato’ Abdul Hamid A. Abu Sulayman, a powerful figure in Islamic reform and education, was Chairman and a pioneer member of International Institute of Islamic Thought (IIIT). Under IIIT, the projects and programmes have benefited scholars from across Africa and Asia as well as contributing to Islamic contemporary research with a view of Islamisation of knowledge.

A testimony of great leadership and legacy has seen Prof. Abdul Hamid serving in different roles and capacities such as the Secretary of State Planning Committee, Saudi Arabia (1963-1964), and Secretary General of the World Assembly of Muslim Youth (WAMY) from 1973 to 1979.

He served as the second Rector of the International Islamic University Malaysia (IIUM) between 1989 and 1999 where he reformed and performed tremendously in uplifting IIUM to an internationally Muslim hub of higher education.

Prof. Abdul Hamid also oversaw the beautiful designs and construction of the university’s sprawling campus in Gombak, which was a blend of modern and Islamic architecture.

The late professor was humble, calm, a thinker, an educationist and author of many great books and articles on the subject of Islam and Islamic reform, especially in the fields of thought and education. His publications and books spread his vast knowledge on pioneering ideas in a way that befits their importance.

Just like the late Prof. Ismail al-Faruqi, Prof. Abdul Hamid Abu Sulayman was particular about how Islam would deliberate upon every person by virtue of birth and humanity, the ultimate right and honour, the capacity to think and make up one’s mind. He was a firm believer and should be remembered for using the sources of Qur’an and Sunnah to advance a methodology for dealing with creative and practicable manners in approaches to social sciences, education and political science.

In one of his other book titled “Sex and Sex Education”, he explored the topic on what children must be told and taught about sex. Similarly, he gave insight into what they can learn from peers, movies, television, computer games, magazines, music and pop culture.

His book allows parents to understand the sensitive topic of sex education, which was also intended to give parents practical advice, clear and precise information, to address some of the most common issues parents are likely to encounter, and questions they are likely to face.

Prof. Abdul Hamid Abu Sulayman was instrumental in shaping the rebirth and giving Islamic identity to different aspects of life through the Qur’anic worldview. With this perspective, it meant more ethical and purposeful principles on the world and those within it. He highlighted that our faith will only be complete when we have become absolutely sincere in our love for God, a love expressed in a pure, passionate love for goodness and truth in this world.

The rebirth of Islamic identity through this Qur’anic worldview is the fundamental requirement of our times and a prerequisite for future healthy and practical development of Muslim societies.

He wrote about contemporary concepts such as knowledge, education, and reason in relation to divine revelation. In his research work, he demonstrated leadership with emphasis on democracy and sovereignty in the context of Islamisation of political science.

To those who have met him or worked with him it was easy to know how a parent figure he would be. Prof. Abdul Hamid authored a book (Parent-Child Relations: A guide to Raising Children) where he offers a comprehensive guide containing what you need to know on how to parent with confidence.

The book offers deep knowledge on how to let children flourish, takes the frustration out of parenting and develop happy family relations. It provides useful advice and powerful tips based on research on child development and parenting technique. His book provides guidance on developing character, knowledge, values, and skills, as well as a faith-based outlook in children, benefitting parents of all ages.

Personally, I like the book for the several strategies and practices presented like teaching children how to make decisions, problem-solving, and cultivating self-esteem. The book also identifies that effective parenting is key in raising civic responsibility, God conscious, moral and successful children.

The contribution of this book to this field is that it attempts to lay the intellectual foundations for reconsideration of what constitutes a truly Islamic world order. Perhaps in the words of the late Prof. Ismail al-Faruqi, in his scholarly introduction to this work, much of the value of Prof. Abdul Hamid’s work lies in its discussion of methodology and in the social sciences in general, by means of methodology developed from a purely Islamic perspective.

Prof. Abdul Hamid also wrote about poverty and injustice depicted in the face of Muslim lands. He wanted to familiarise educated and concerned Muslims with the nature of the crisis confronting them, and to suggest the necessary steps to overcome international relations and political challenges among Muslims.

The towering decorated Islamic scholar was keen on academic research on issues faced by the ummah with much emphasis on research topics and areas of research that must relate to the current problems of the ummah and to find creative ways to resolve problems.

The Muslim world lost an indomitable warrior who was very good in research and publication. He left behind his beautiful iconic works for us to remember and to continue learning from him. His humility touched everyone, inflexible devotion to Islam, a great resource to education.

Your great service to Islam will forever be remembered.***